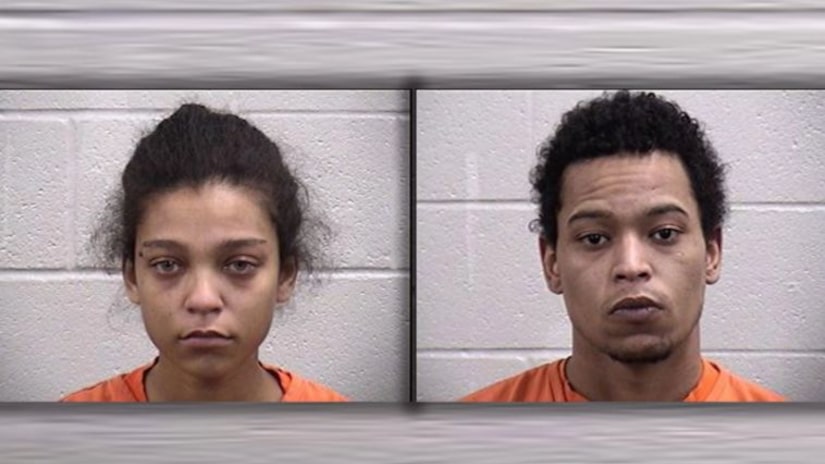 CHICKASHA, Okla. -- (KFOR) -- A Chickasha couple is in jail after authorities discovered a horrific case of child neglect.

Earlier this week, Chickasha police officers were called to the 800 block of Choctaw Ave after a small child was found walking along Highway US 62, the Express-Star reports.

A resident who lives nearby reportedly told authorities this was not the first time they had seen the toddler wandering around the area.

While authorities were talking to residents in the area, the child's mother and father, Jazzmine Bennett and Darien Jeffers, came over to the trooper to claim the child.

According to the Express-Star, the parents told the officers that they left their children, a 3-year-old and a 1-year-old, at home while they went to go get something to eat.

Bennett reportedly said the 3-year-old child had pink eye and they planned to take the child to the hospital later that day.

When officers went to the couple's home to check on the baby the couple had left at home, they discovered a horrific case of child neglect.

According to the Express-Star, when an officer entered the couple's home, he found the 1-year-old standing by a crib, shaking and screaming.

The police report states the baby had on an old diaper that was leaking.

When the officer took the child to the sink to wash her off, small pieces of skin started to fall off the child, according to the report obtained by the Express-Star.

The baby's crib had rodent feces, dried milk in a sippy cup as well as food and feces stains, the incident report said.