BELFAST, Maine -- (KSNV) -- The Stockton Springs community held a candlelight vigil Sunday for 10-year-old Marissa Kennedy, who police say was killed by her mother and stepfather.

Julio Carillo, 51, and Sharon Carrillo, 33, have been charged with murder, and state lawmakers are demanding a probe into how the Maine Department of Health and Human Services handled reports of abuse and neglect involving Marissa.

Charging documents accused the parents of repeatedly beating and whipping the child with everything from a belt to a mop on their kitchen floor.

Sharon Carillo allegedly told police they beat Marissa so badly she could barely walk and slurred her words before she died. Police say they admitted to trying to make her death look like an accident.

According to WGME, Sharon Carillo's attorney has placed blame on Julio's history of domestic violence, and Julio's attorney claims he may be suffering from mental illness. The two are being held on $500,000 cash bond.

Julio Carillo's attorney said Sharon is currently 7 months pregnant, and the child will likely be handed over to DHHS after birth.

The news of the 10-year-old's death sent shockwaves through the community. Since then, they've been coping with loss and searching for answers.

Some say the warning signs were there. Former neighbors, school officials, and even Marissa's classmates knew something was not right at home, making the realization of a life lost even harder.

"My daughter brought it up numerous of times, 'How come I didn't notice? Why didn't she tell me? And I think a lot of people are feeling the pain,"' said Angela DelGreco, whose daughter was a friend and a classmate to Marissa.

"She was nice," said Sadie Rich, DelGreco's daughter. “She always liked to read." 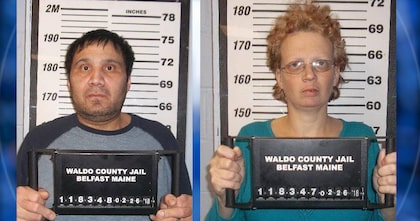