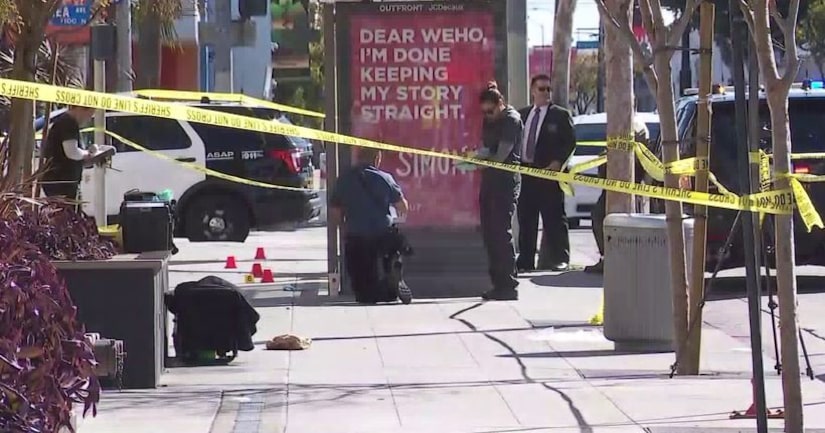 WEST HOLLYWOOD, Calif. -- (KTLA) -- A man was stabbed to death during the early morning hours Sunday and his attacker is still at large, according to the Los Angeles County Sheriff's Department.

The fatal attack happened in the 7100 block of Santa Monica Boulevard at about 1:15 a.m., sheriff's deputies said. Just prior, the victim and the man who stabbed him had gotten into some sort of verbal argument, officials said.

That escalated into a physical fight and the man stabbed the victim at least once on his upper body, fleeing the scene as he ran in an unknown direction, authorities said.

The victim was rushed to a nearby hospital where he was later pronounced dead, authorities said. He is described by sheriff's deputies as a black adult.

The weapon used has not been found and sheriff's deputies said there is no suspect description available so far.