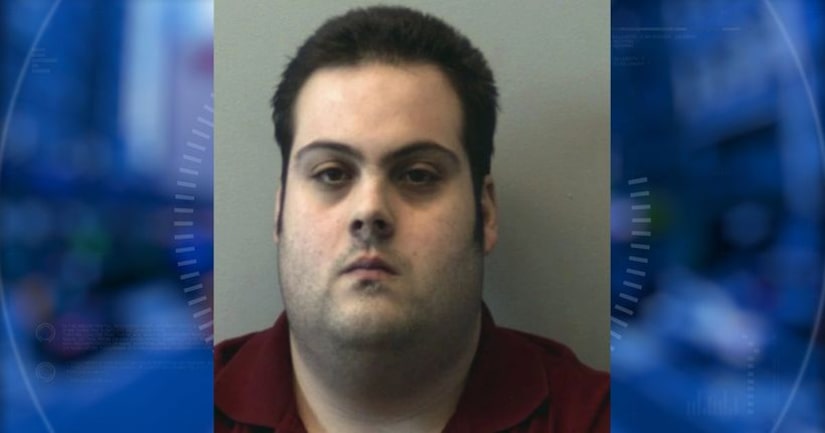 BEVERLY, Mass. -- (WBZ) -- A Beverly man now faces federal charges, accused of mailing letters with white powder to five people, including one to Donald Trump Jr. that landed his wife, Vanessa, in the hospital.

Daniel Frisiello, 24, was arrested Thursday. He is charged with five counts of mailing threat to injure the person of another and five counts of false information and hoaxes, according to court records.

During his arraignment Thursday afternoon, Frisiello was held pending a detention and probable cause hearing scheduled for 2 p.m. on Monday in federal court in Worcester.

The U.S. Attorney's Office announced Thursday that Frisiello allegedly sent similar envelopes, bearing a Boston postmark, with threatening messages and a suspicious white powder to at least five locations across the country.

“These kind of hoaxes may not cause physical harm, but they scare the heck out of people,” said Andrew Lelling, U.S. attorney for Massachusetts.

Hoax attacks using white powder play on fears that date to 2001, when letters containing deadly anthrax were mailed to news organizations and the offices of two U.S. senators. Those letters killed five people.

On Thursday, Beverly Police blocked the street where Frisiello lives, as federal agents searched his house.

“He's an overwhelmed young man. He has some issues and some difficulties that he has been dealing with through his life,” Gleason said.

In his criminal complaint, Postal Inspector Michael J. Connelly said the first envelope investigated in the case was sent to Donald Trump Jr. in New York City. The envelope was postmarked in Boston on Feb. 7, bore no return address, and contained a letter with the words “You are an awful, awful person. I am surprised that your father lets you speak on TV.”

Vanessa Trump opened the envelope on Feb. 12, which “contained an unknown suspicious white powder, which spilled out of the envelope and onto the addressee's wife as she opened it,” Connelly wrote.

She called 911 and reported she was coughing and felt nauseous. She was hospitalized briefly. A hazmat team responded to the scene.

The substance in the letter turned out to be cornstarch.

In a tweet Thursday, Donald Trump Jr. said his family is “incredibly relieved” to hear about Frisiello's arrest.

“No one should ever have to deal with this kind of sickening behavior,” said Trump Jr., who praised the work of law enforcement in the case.

Federal authorities said one of the letters containing powder was sent to Antonio Sabato Jr., the Republican former underwear model and soap opera actor who is running for a U.S. House seat in California.

Other recipients were Debbie Stabenow, the Democratic U.S. senator from Michigan; Nicola Hanna, an interim U.S. attorney in California; and Michele Dauber, a Stanford University law professor who has promoted the effort to recall the judge who presided over the Brock Turner sexual assault case.

In Facebook posts, Frisiello identified himself as a Democrat, according to court records. He lives at home with his family.

Frisiello graduated from North Shore Community College with a certificate in legal office support in January 2016, a college spokeswoman confirmed, declining further comment on the matter.

Frisiello was “immediately placed on leave” from his job at Catholic Charities of Boston's Peabody Child Care Center, after the FBI contacted Catholic Charities at 9:15 a.m. Thursday concerning his arrest, an agency spokeswoman said.

“The FBI has assured us that the charges do not involve any activity in his role at Catholic Charities but concern alleged threats against a political figure,” said Kathryn Dunford, Catholic Charities spokeswoman, in a statement.

“As a matter of background, Catholic Charities processed the appropriate background checks when the employee was hired,” Dunford said. “We are cooperating fully with the FBI and commend them for their vigilance in immediately contacting and prioritizing the safety of this agency, our employees, and those we serve.”