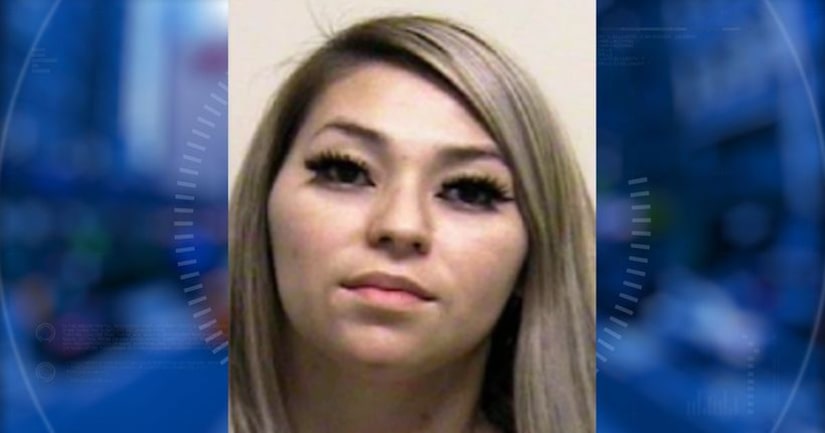 UTAH COUNTY, Utah -- (KSTU) -- A woman who was arrested and found to have 35 pounds of methamphetamine and cocaine in her vehicle told police officers “I am just a single mom and I was offered an opportunity.”

According to a statement of probable cause, things began with a traffic stop on I-15 near mile marker 250 on Friday.

A Sgt. with the Utah County Sheriff's Office pulled Jossie Y. Ricks over after observing her going 81 in a 75 mph zone despite slick road conditions and failing to signal for a turn.

Troopers suspected the woman was transporting drugs, and they moved her and the vehicle to a safe area for a more thorough search after finding what they believed was methamphetamine hidden in the panels of the car.

Police located about 32 pounds of meth and just under 3 pounds of cocaine hidden in the vehicle. The say the packages of meth were wrapped up with hot sauce, which they say is a common tactic for attempting to conceal drugs from K9 searches. Police also located $1,000 in the vehicle, which was seized as drug proceeds.

Authorities say Rick declined to speak to police but made “two spontaneous utterances during this incident.”

According to booking records, the woman said: “I am just a single mom and I was offered an opportunity” and “It wasn't 32 pounds, it was 25 pounds, they must be counting the packaging.”

Police say they believe these utterances make it clear the woman knew she was transporting drugs illegally. The woman tested positive for cocaine after being served with a warrant for blood and urine testing.

FULL STORY: Woman arrested with 35 pounds of drugs in Utah County tells police 'I was offered an opportunity' - KSTU