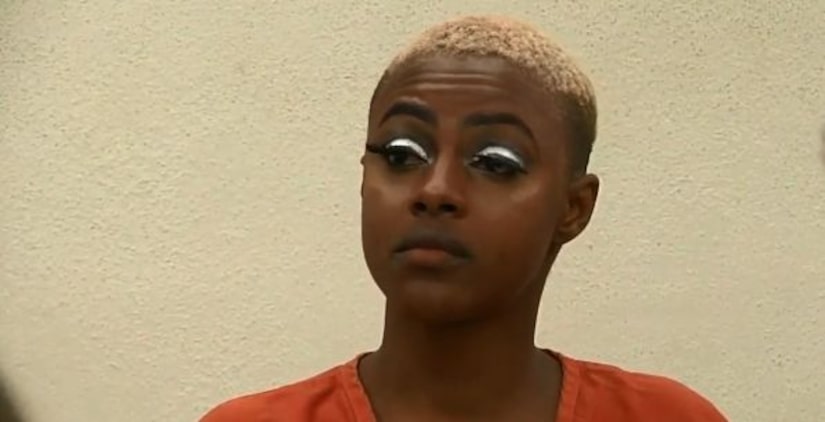 DAYTONA BEACH -- (WKMG) -- An exotic dancer is accused of pointing a BB gun at her bosses after getting in a fight with another dancer on Wednesday, according to the Daytona Beach Police Department.

Amber Colquitt, 28, told police she was dancing on stage at Pin-Ups gentlemen's club on International Speedway Boulevard and customers were throwing money at her, but another dancer who wasn't performing at the time was collecting the cash, the report said.

The two dancers got involved in a verbal altercation so management stepped in and resolved it, saying that the other dancer wouldn't be punished because she only took $3, although Colquitt insisted it was $25, according to the affidavit.

Colquitt said she was angry at that point so she got dressed and went to leave, but then saw the other dancer performing on stage so she took the money that performer was receiving, authorities said.

The two dancers got into a physical altercation, which a security guard and a manager had to break up, according to the report.

Colquitt told police that the security guard hit her as he was picking her up to take her out of the club so she yelled at him and the manager.

"Yeah, I hit you. What are you gonna do about it?" the security guard said, according to the report.

At that point, Colquitt went to her friend's vehicle and retrieved a BB gun that she had used during a photo shoot earlier that day, police said.

She wrapped the BB gun in a jacket then went back over to where the two men were standing, according to the affidavit. She told police that she believed she could shoot the security guard in self-defense because he hit her.

At that point, the manager pulled out his gun and told Colquitt to drop her weapon and get down on the ground, authorities said.