In Cleveland, a 14-year-old girl gets on a city bus to head off to school, but she never arrives.

Crime Watch Daily has new video from the courtroom as the suspect who police believe lured the teen away from class learns his fate.

Alianna DeFreeze was a sweet unsuspecting 14-year-old girl smiling on a bus with no idea of the monster who was lying in wait for her. And the terrifying moment when innocence, runs straight into absolute evil.

Alianna DeFreeze was snatched on the way to school on January 26, 2017, taken near her bus stop on an icy winter morning.

A verdict was reached in the murder trial of the man charged with abducting the 14-year-old on her way to school: Christopher Whitaker was found guilty.

It was just after dawn. Alianna was changing buses at a Cleveland intersection. She never arrived at school. The alert system was down and her mother didn't find out Alianna was gone for nearly 10 hours.

Cleveland Police mounted an intense search for the 14-year-old. Then three days later, a gruesome discovery in an abandoned house: Alianna's body was found. She had been raped, stabbed and beaten to death.

Less than a week after Alianna's body was found, an arrest was made: Christopher Whitaker is a registered sex offender who had done time in the past for felonious assault and sexual battery.

Whitaker, 45, was caught when a tip led cops to a house where he was reportedly living, a house which was miles away from where authorities believed he'd been staying where he'd registered as a sex offender.

Whitaker was held without bond, charged with aggravated murder, rape, kidnapping, aggravated burglary and abusing a corpse. He pleaded not guilty.

During the six-day trial prosecutors connected Whitaker to the murder through DNA evidence and a footprint found at the crime scene. The jury was shown Whitaker's kill kit, with a drill, screwdriver and other tools found near the teen's body that he used to torture and murder Alianna.

Prosecutors also introduced a never-before-seen videotape of Alianna's final moments on board the bus to school that tragic day. She's seen laughing and smiling. Little does she know that when she steps off the bus minutes later, she will run into the man who will kill her. One eyewitness claimed he saw Whitaker grab Alianna. He was a high school student at the time, and testified he didn't call cops because he thought Whitaker might have known Alianna.

Then prosecutors show the jury Whitaker's police interrogation where he admits killing Alianna, telling them he was in a crack-cocaine-induced rage at the time.

After nearly a week of testimony, the jury announced their verdict in the murder trial of Christopher Whitaker. Whitaker is found guilty on all 10 counts, including aggravated murder, kidnapping, rape, burglary and abuse of a corpse.

Whitaker was expected to expected to take the stand to convince jurors to spare his life, Cleveland.com reports. Prosectors are seeking the death penalty.

An Ohio state senator is pushing for a new law she calls the "Alianna Alert." It would require schools to notify parents within a half-hour if their child is absent from class.

A judge sentenced Christopher Whitaker to death for the rape, torture and murder 14-year-old Alianna DeFreeze on March 26, 2018, Cleveland.com reports

Starting April 5, 2019, Ohio schools must notify parents when their child is at least two hours late to school without an excused absence, under a new law passed in response to the 2017 murder of 14-year-old Alianna DeFreeze, Cleveland.com reports. 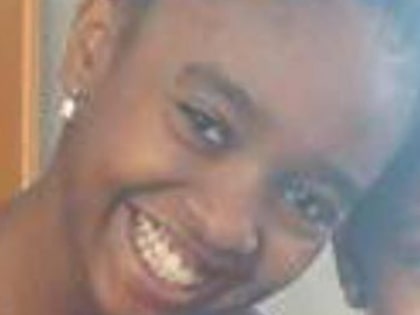