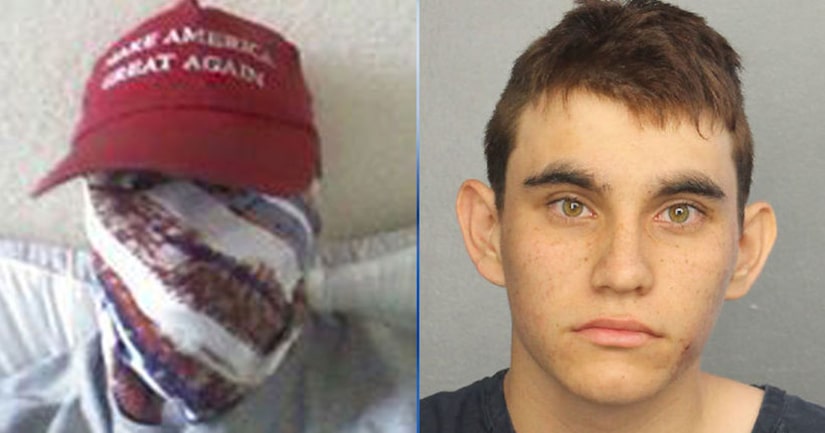 PARKLAND, Fla. -- (WPIX) -- The suspect in a deadly rampage at a Florida high school is a troubled teenager who posted disturbing material on social media before the shooting spree that killed at least 17 people, according to a law enforcement official and former schoolmates.

"I don't know the specifics," the sheriff said.

However, Victoria Olvera, a 17-year-old junior, said Cruz was expelled last school year after a fight with his ex-girlfriend's new boyfriend. She said Cruz had been abusive to his girlfriend.

School officials said Cruz was attending another school in Broward County after his expulsion.

Cruz's mother Lynda Cruz died of pneumonia on Nov. 1 neighbors, friends and family members said, according to the Sun Sentinel. Cruz and her husband, who died of a heart attack several years ago, adopted Nikolas and his biological brother, Zachary, after the couple moved from Long Island in New York to Broward County.

The boys were left in the care of a family friend after their mother died, family member Barbara Kumbatovich, of Long Island, said.