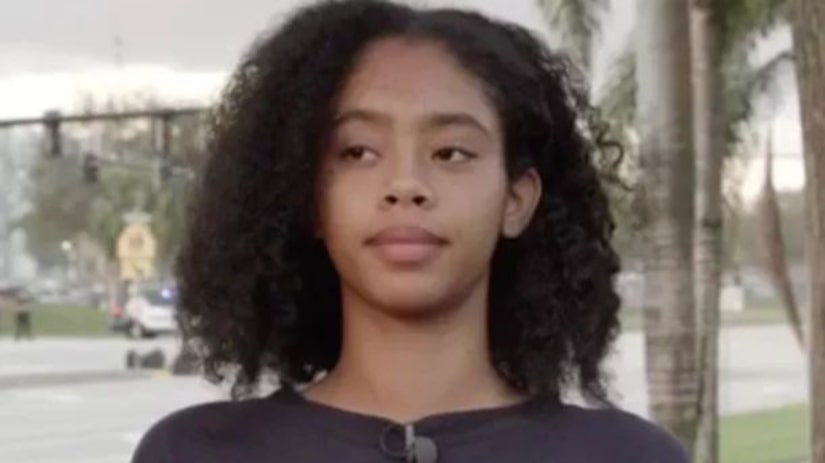 BROWARD COUNTY, Fla. -- (WBBH) -- Samantha Grady was in her Holocaust class with her best friend Wednesday afternoon when they heard two shots fired outside the door of their classroom in Marjory Stoneman Douglas High School.

Soon, the gunman would approach, and that friend would become one of at least 17 people to die in the massacre at the high school in Parkland, Florida, one of the deadliest in U.S. history. Grady was wounded but escaped, she said in an emotional interview on the "Today" show Thursday morning, crediting something her friend told her with helping her survive the harrowing ordeal.

When they heard the first gunshots, the students in Grady's class ran for cover, the high school junior said: "There was a big bookshelf and we all kind of huddled there together. We clamped really close tightly together."

The class stayed behind the bookshelf, pushing a cabinet in front of them as well to block some of the bullets. But soon the gunman came "came for our classroom," Grady said.

The door was locked, but he shot "quite a few bullets into the glass," according to Grady, hitting some people behind her.

The students ran, but before they did, Grady's best friend — who she didn't name — told her, "'Grab a book. Grab a book.' It was a tiny book, but I took it and held it up."

Grady was hit by some of the gunfire but was able to escape alive, passing two people who were shot as she ran through the school hallway.

"The book kind of deterred some of the bullets so they didn't hit me so badly," Grady explained.

But her best friend, "unfortunately, she didn't make it."

"She was the one who gave me the idea. She helped me a lot," Grady said.

Grady sought refuge behind a truck outside the school and called her parents to tell them she was safe.

"I made sure I was calm because I didn't want them to go crazy," she said, adding that she eventually reunited with her mom and dad at the local hospital.

"My dad was really worried. It was etched all over his face. My mom, she was bawling. As you can imagine, it was pretty scary for both of them," Grady said.

Despite the death of her best friend, and her own wounds that must now heal, Samantha said she doesn't want that day to control her. She said the concern and support from her family is "nice" and has even formed a stronger bond between them.