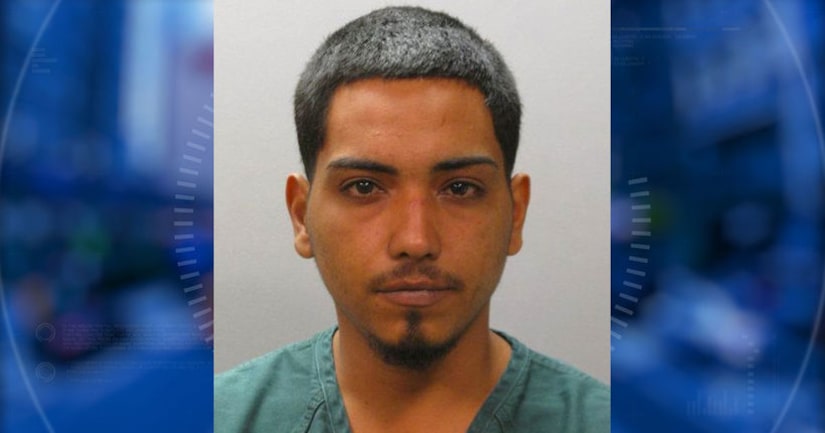 JACKSONVILLE, Fla. -- (WJXT) -- An alert gas station clerk is being crediting with saving a woman, according to the Jacksonville Sheriff's Office.

Early Sunday morning, a woman was walking from one beach pub to another when Sandoval pulled up to her and asked if she needed a ride, the sheriff's office said.

The woman told the sheriff's office that after she got into the vehicle, they headed off in a direction away from where she was going.

When Sandoval pulled into a gas station, the woman tried to get out of the car and he stopped her, the sheriff's office said.

The woman mouthed “help” to a gas station clerk and the clerk called 911 and gave an accurate description of the suspect vehicle.

After a pursuit once the vehicle was spotted, Sandoval was taken into custody. The sheriff's office said he admitted to the incident when he was interviewed.