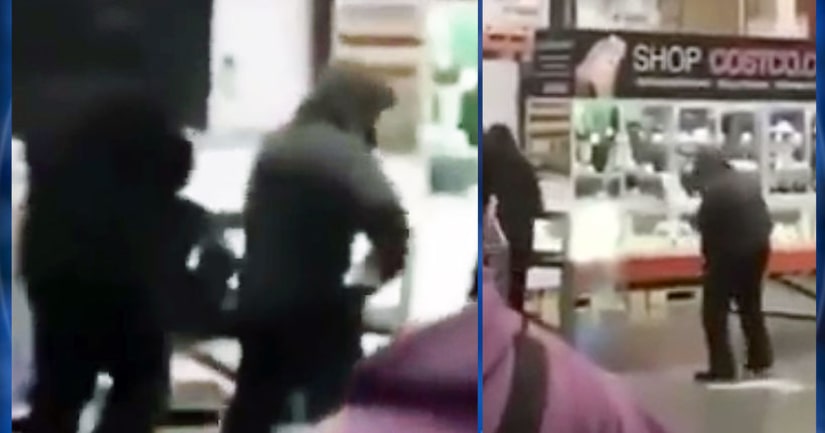 LOS ANGELES -- (KTLA) -- Three men, one armed with a handgun and two with hammers, robbed a Costco in Pacoima Monday morning before fleeing, authorities said.

Los Angeles police said they received multiple calls about the incident around 10:40 a.m.

A cellphone user captured the robbery on film, which shows customers panicking as two men dressed in black took handfuls of jewelry. One of them appears to break a jewelry display's glass with a hammer before grabbing some merchandise. Both of their faces were covered.

No injuries or shots were reported.

The thieves took a "significant amount of jewelry," Capt. Aaron Ponce said. They reportedly fled shortly after the incident in what appeared to be a silver 2012 or 2013 C-Class Mercedes with paper plates that read "Keyes Auto."

The vehicle was last spotted on Paxton Street heading toward Glenoaks Boulevard.

Authorities described the individuals as white or Hispanic men in their 30s.

LAPD did not provide any further information.