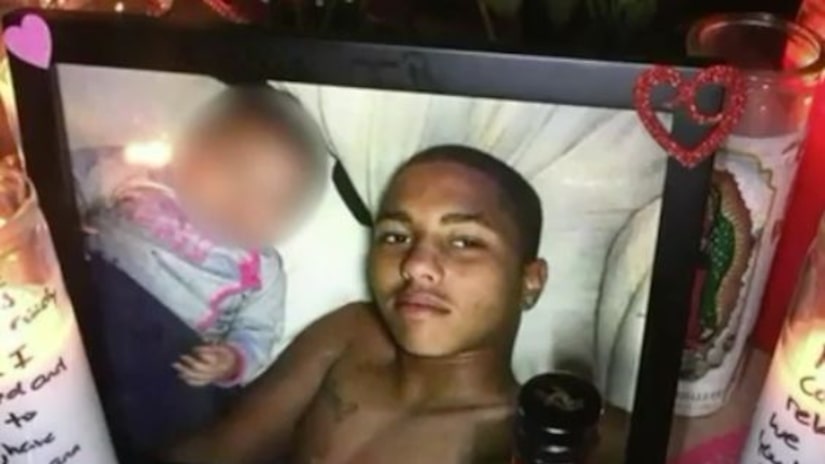 LOS ANGELES -- (KTLA) -- A 16-year-old boy was shot and killed by a deputy in the unincorporated Westmont neighborhood near South Los Angeles Sunday night, according to the Sheriff's Department, which said investigators think someone may have removed the teen's gun from the scene.

The incident began when deputies responded to 911 caller who described a young man on foot pointing a gun at the caller's car as he was driving down West 107th Street. Deputies responded to the 1200 block, near Budlong Avenue, about 8:15 p.m., the Los Angeles County Sheriff's Department stated in a news release.

The two arriving deputies saw a person who matched the caller's description of the young man with the gun, and they attempted to contact him. As they approached, the deputies said they noticed a "handgun tucked into the waistband of his pants," the release stated.