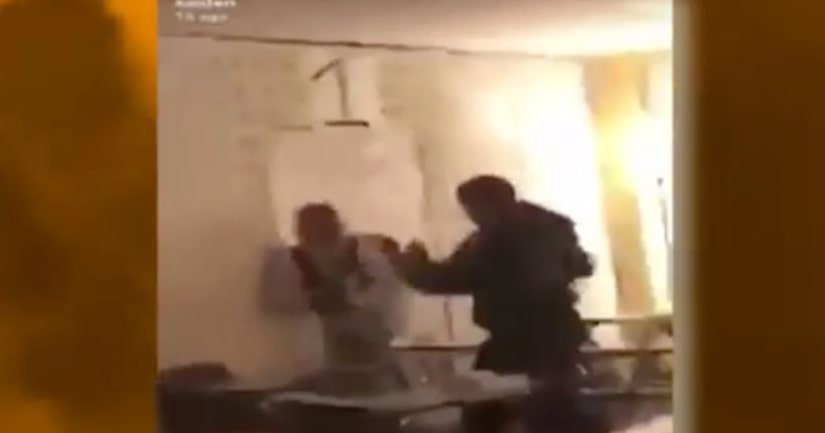 HOUSTON -- (KIAH) -- Some poor choices have been made by teachers and coaches in the Lone Star State.

On Friday, video surfaced on social media showing a teacher at Cy-Woods High School chasing a student with a belt in his hand after the student appears to wipe the teacher's head while holding something in his hand. The video later shows the student being struck with the belt.

"We were shocked to learn of the video. The staff member involved was immediately removed from the campus, and CFISD Police are conducting a thorough investigation. These actions are certainly not representative of Cypress Woods or CFISD employee standards of conduct. "

Meanwhile, a soccer coach at a north Texas school was placed on paid leave after a team photo emerged showing his team making obscene gestures by giving middle finger salutes.

Marco Duran has been with Rockwall-Heath High School for 10 years, and he's even the school's sign language teacher.

Todd Christian, a parent at the school, says, "Even if the kids are 18, that should not be happening in school at all. I believe the man should be fired on the spot."