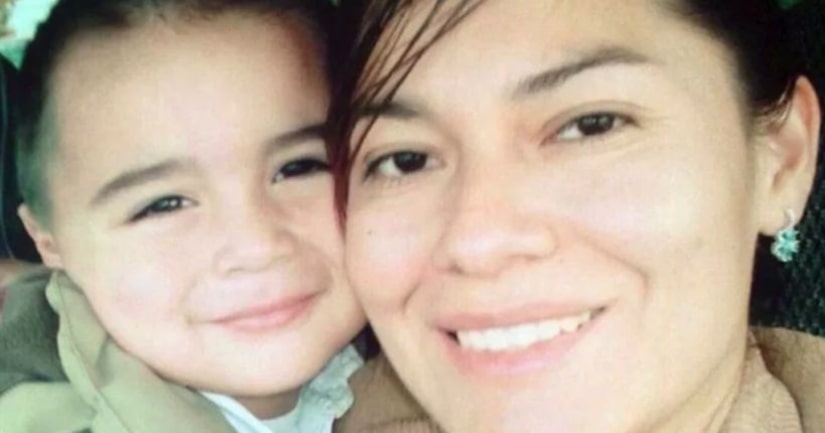 MILWAUKEE -- (WITI) -- A mother on her way home from church was killed in a hit-and-run crash on Sunday, Feb. 4 around 11 a.m. near 15th and Lincoln on Milwaukee's south side. Surveillance cameras captured the moments just before the impact -- and the striking driver is at large. Police say four people were seen fleeing the scene after the crash, not bothering to stop to check on the mother and her son, 13 -- still in their vehicle.

Surveillance cameras on a nearby restaurant captured the violent collision. According to police, a Ram pickup truck was headed eastbound on W. Lincoln Ave. at a high rate of speed. The driver lost control and collided with a westbound Toyota Corolla, before striking three other vehicles.

"We heard a big 'boom' -- an Earth-shaking 'boom,' like an earthquake, a building collapsing sound," Loai Atali said.

Atali, who owns a nearby convenience store, ran out to help.

"It was a horrible scene," Atali said.

After the crash, the occupants of the Ram fled the scene on foot. Witnesses gathered around the victims' vehicle.

"They tried to help the mom and she was screaming 'where's my son? Is he OK?'" Nattalie Lopez said.

Lopez tended to the child.

"He was very sad. I noticed his hand was bleeding. I could only imagine the pain he was going through right now. I didn't want him to see his mom like that. Her leg was broken," Lopez said.

The good Samaritans realized the woman was too injured to be moved.

"The look in her eyes was hopeless. Her face is severely injured. She is trying to ask for help. The look on people's face -- they are helpless and you cant hep them. It haunts you," Atali said.