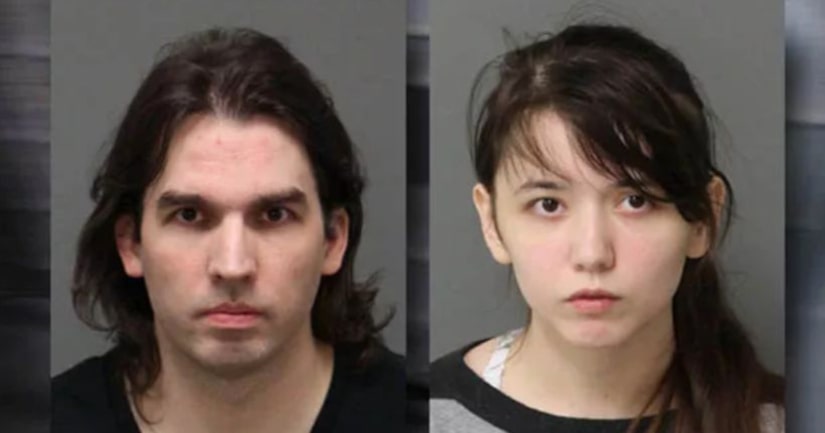 KNIGHTDALE, N.C. -- (WBBH) -- A North Carolina man and his biological daughter face incest charges after warrants say they had a sexual relationship and planned to marry.

Katie Rose Pladl was born in January 1998 to Steven Walter Pladl and her mother and then legally adopted out of state.

When Katie Pladl turned 18, she used social media to reach out to her biological parents, according to warrants. After making contact with them, she moved to their home just west of Richmond, Virginia, in August 2016 and began to live with her biological parents and their two other children.

Steven Pladl and his wife legally separated in November 2016 and the wife moved out, warrants say.

The wife told authorities that Steven Pladl would sleep on the floor of Katie's room in the month before she moved out.

On May 23, 2017, Steven Pladl's wife read in the journal of one of her children that Katie was pregnant and Steven Pladl was the father.

Warrants also say the wife called Steven Pladl and asked him if he had impregnated their adult biological daughter. Steven Pladl told his wife he was the father of Katie's child and that they planned to marry.

On May 31, 2017, the Henrico County Child Advocacy Center interviewed the Pladl's two other children, who told the Center that they had been told Steven was the father of Katie's baby.

At some point after May 31, 2017, Katie and Steven Pladl moved to Wake County.

On Nov. 29, 2017, Henrico County police issued warrants for the arrest of Katie and Steven Pladl.

The Pladls were located at a home on Earlston Court in the city limits of Knightdale and arrested on Jan. 27.

A baby boy was with the Pladls when Knightdale police officers found them. Warrants say that baby was born in September 2017.

Both Steve and Katie Pladl are being held at the Wake County Detention Center pending extradition to Virginia.

They are both charged with incest with adult, adultery, contributing to delinquency.