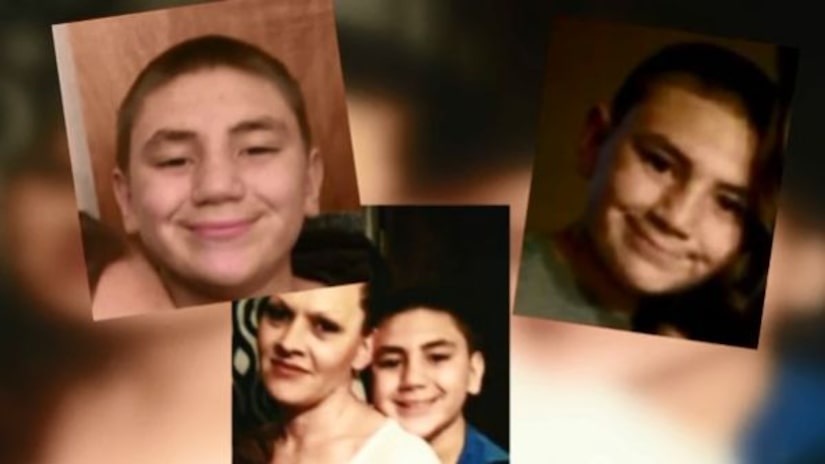 The details are so sad and gruesome, it brought the Santa Fe County Sheriff to tears.

“I can honestly say that this poor child suffered at the hands of a monster,” Sheriff Robert Garcia said.

Garcia told reporters the child, Jeremiah Valencia, 13, was beaten before he was taken and buried on the side of the road.

Jeremiah's mother, Tracy Ann Pena, 35, was in jail for an unrelated case when according to court documents, she told another inmate her son was murder back in November. Last week, that inmate made Santa Fe County deputies aware of the information Pena had shared. It prompted them to begin looking into the teen's whereabouts.

The nearly week-long search ended Sunday when Pena led investigators to a shallow grave where her son was buried.

“These things stay with you, especially when you recognize everything you've been told,” Sgt Richard Mathews said.

Mathews is one of the investigators who discovered the body alongside NM State Road 503, near Nambe. They said they used a cadaver dog to help locate the teen. The boy's body is now with the Office of the Medical Investigator to reveal an exact cause of death.

Investigators say Jeremiah had been missing for months and no one knew until his mother shared the information with the other inmate.

Deputies say the boy was living at a home near Nambe just north of Santa Fe. They say he had been beaten so severely, he had to use a cane to walk and was forced to live in a dog kennel.

The family was on CYFD's radar back in 2011. The grandparents of Jeremiah and his 13-year-old sister were granted custody of them because they had nowhere to live.

It's not known when they started living with their mother, her boyfriend Thomas Ferguson, and his 19-year-old son Jordan Nunez. The three are now charged with Jeremiah's murder.

Nunez told investigators around Thanksgiving he saw his father hit the 13-year-old and then take him out back. Police say the trio then buried the body.

Jeremiah's sister told deputies the couple told her to lie and say her brother was staying with family. The DA said the boy was also not enrolled in school.