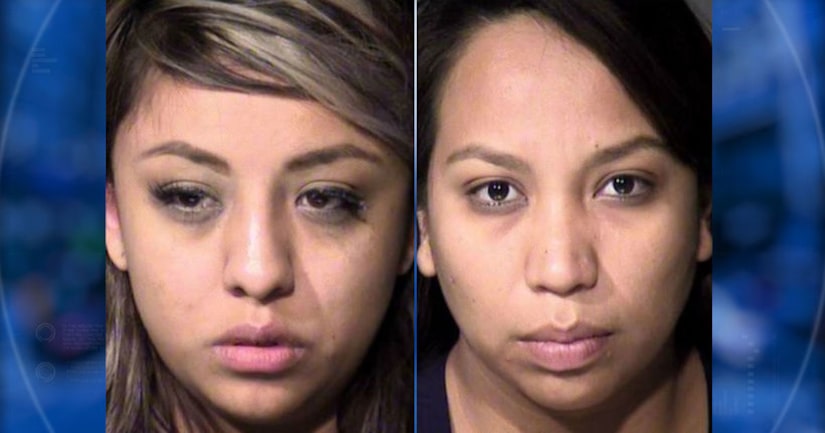 SALT RIVER INDIAN RESERVATION -- (KNXV) -- Two mothers from New Mexico were caught traveling through Phoenix with their young children and allegedly had more than $250,000 worth of illegal drugs in their car.

Salt River Indian Police report that on January 23 they pulled over a vehicle with New Mexico license plates for speeding on Interstate 17 near Glendale Avenue.

Inside the car, they found two 24-year-old women, Ana Karen Hermosillo and Susan Hernandez, and their three small children, a 3-year-old and two 5-year-olds.

Police say they smelled marijuana coming from the car. A K-9 police officer also discovered drug packages hidden under the spare tire in the trunk, another package near the middle console, and more vacuum-sealed bags hidden in the air intake filter compartment, under the hood.

Police say the women were transporting heroin, cocaine, marijuana, and methamphetamines from Arizona to New Mexico.

Police estimate the value of the drugs seized at about $250,000.

Hernandez reportedly told police they were hired to drive the car to Arizona where someone would hide the drugs inside, and they would drive it back.