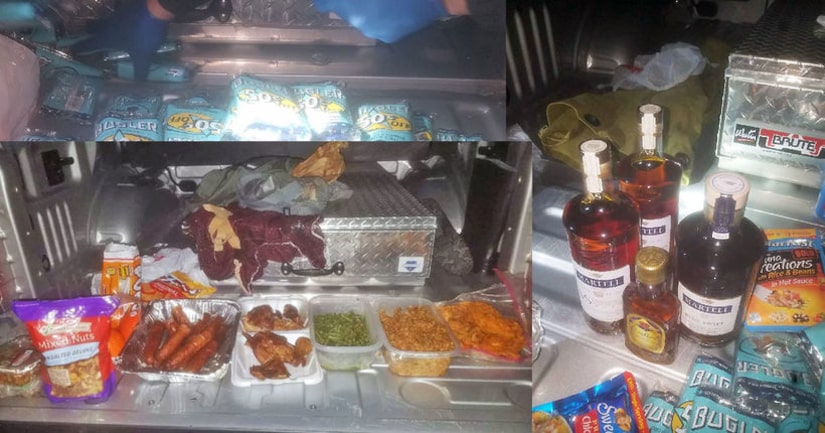 BEAUMONT, Texas -- (KXAN) -- A federal inmate was caught sneaking back into a Beaumont prison with a duffel bag full of snacks, fruit, liquor and tobacco Thursday.

The U.S. Marshals and Jefferson County Sheriff's deputies were acting on a tip when they set up a surveillance operation on private property near the prison. Officers watched as a vehicle drove onto the land and dropped off a large duffel bag. Then, about two hours later, they watched an inmate from The Federal Correctional Complex escape from the prison and grab the duffel.

The deputies and marshals descended on the inmate and confiscated the bag. Inside they found three bottles of brandy, a bottle of whiskey, bags of Bugler tobacco, packaged snacks and a large amount of home-cooked food.

The inmate, identified as 25-year-old Joshua Hansen of Dallas, was booked into jail on a charge of escape and possession of marijuana. He was originally serving prison time for drug charges.