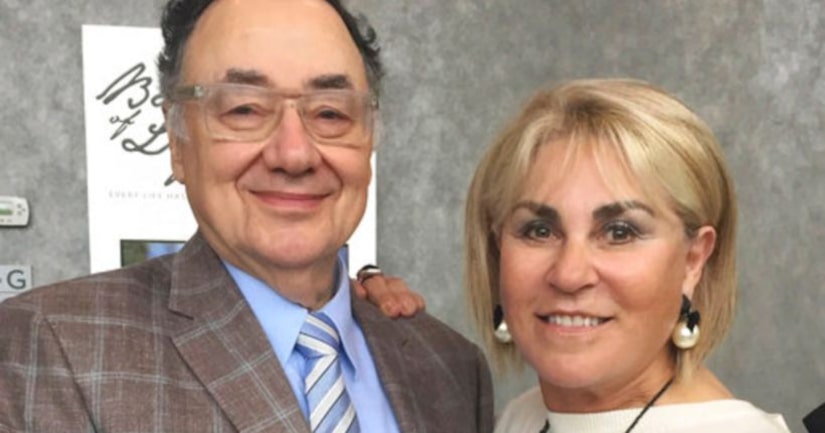 Det. Sgt. Susan Gomes said investigators came to the conclusion after six weeks of investigation, but declined to discuss possible motives or suspects.

The founder of generic drugmaker Apotex and his wife, Honey, were found dead in their mansion on Dec. 15. Police said then the deaths were suspicious, but said there were no signs of forced entry and they were not looking for suspects.

Gomes said the two were found hanging by belts from a railing that surrounds their indoor pool and were in a semi-seated position on the pool deck.

“We have sufficient evidence to describe this as a double homicide investigation and that both Honey and Barry Sherman were in fact targeted,” Gomes said.

She said they were last seen alive in the evening hours of Wednesday Dec. 13 and were not heard from again until their bodies were found late Friday morning.

Gomes said there are no signs of forced entry at access points of the home. She declined to discuss the evidence, possible motives or suspects.

The day after the bodies were found, some prominent news media outlets quoted unidentified police officials as saying the deaths appeared to be a murder-suicide. That upset the couple's four adult children, who then hired their own team of investigators and a pathologist, who conducted second autopsies on the Shermans.

The family said in a statement Friday that the new conclusion “was expressed by the family from the outset and is consistent with the findings of the independent autopsy and investigation.

“The family continues to support the Toronto Police Service in their efforts to seek justice for their parents and pursue those responsible for these unspeakable crimes,” the statement added

Police have released the home back to the family. Gomes noted their frustration with police.

“For them it's been difficult to balance their patience with their frustration with us and our investigation — not unlike any other family who have suffered such a sudden and profound loss,” Gomes said. “They have been understanding, cooperative and hopeful that this investigation can give them some answers.”

Toronto police investigators have scoured the 12,000-square-foot home, hauled away the couple's cars and even checked the sewers in one of Toronto's most exclusive neighborhoods for clues.

Sherman, 75, was known for litigiousness and aggressive businesses practices as he developed Apotex Inc., which has a global workforce of about 11,000.

In “Prescription Games,” a 2001 book about the industry, he mused that a rival might want to kill him.

“The branded drug companies hate us. They have hired private investigators on us all the time,” he said. “The thought once came to my mind, why didn't they just hire someone to knock me off? For a thousand bucks paid to the right person you can probably get someone killed. Perhaps I'm surprised that hasn't happened.”