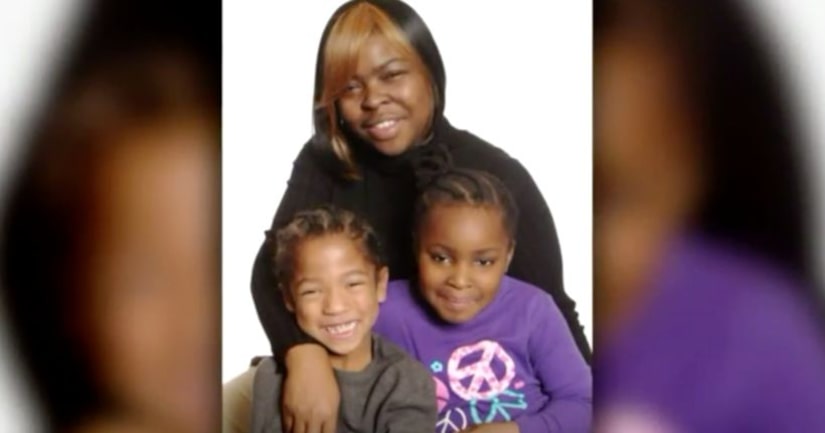 KANSAS CITY, Mo. -- (WDAF) -- Police are looking for the man who shot and killed a 31-year-old mother after her 10-year-old son answered the door Wednesday at about 8:00 p.m., at Monroe Avenue and 23rd Street.

La Shonda Myer's sister says the gunshots that killed her sister were so loud that the 10-year-old boy is still having trouble hearing.

La Shonda and her son were home alone when they received an unexpected visitor. She says the boy answered the door. The boy told his aunt that the man asked if he could speak to somebody, so he went to get his mother.

"His mama came around the corner, and the next thing you know, he said he seen him just pull out and pow, pow. I don't understand. I really don't," said Mynesha Myers, La Shonda's sister.

She says Myers' son called 911 but couldn't do anything else to help his mom. He called for help and waited. His mother died at the door of her home.

"I was just at a loss. I felt empty I felt breathless, cause this young lady takes care of her kids. She is not out here in the streets doing anything to make anyone want to do something like this to her, so I just don't understand,' said Mynesha Myers. "She really didn't do anything. She was what they call a square. You know, she is not out there partying. She goes to work, takes care of her kids."

La Shonda graduated from Northeast High School and went into the Job Corps where she studied culinary arts. After that, Myers became a pharmacy tech and worked as a CNA at Myers Nursing and Convalescent Center in Kansas City.

"She was always proud of herself. Loved to take little pictures of her little diplomas, take pictures with her kids with her little cap and gown," Mynesha said.