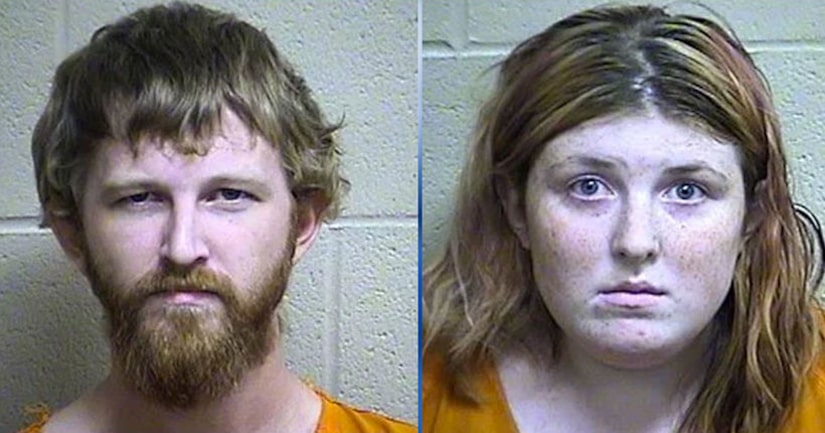 POTTAWATOMIE COUNTY, Okla. -- (KFOR) -- An Oklahoma man who is accused of requesting a woman send him a pornographic image of an infant in exchange for drugs was found guilty on multiple felony counts.

On Aug. 31, 2016, investigators in Pottawatomie County were contacted by Seminole County officials about a tip from DHS.

According to the probable cause affidavit, agents with the Secret Service found evidence of a crime between James Hampton Smith, 32, and Carmita Mae O'Bryant, 23.

Instant messages between the pair showed that O'Bryant was allegedly asking Smith for drugs “and told him that she would do anything to get them,” the affidavit claims.

At that point, investigators claim Smith told O'Bryant that he wanted a picture, asking if “she remembered what he had wanted before.”

Officers say that's when O'Bryant allegedly sent him three pictures of the genitals of a 6-month-old female relative.

After receiving the tip from DHS, investigators questioned O'Bryant about the pictures.

She also said that Smith “made her have sex with two different dogs.”

When investigators asked O'Bryant how she knew what Smith wanted, she said that “Smith had explained to her that a pet was a female infant child that he could keep for him to have sex with.”

Earlier this month, a jury found Smith guilty of manufacturing child pornography, child exploitation and engaging in human trafficking. The jury recommended Smith be sentenced to 20 years in prison for the child pornography charge, life in prison for the child exploitation charge, and 15 years for the engaging in human trafficking charge.