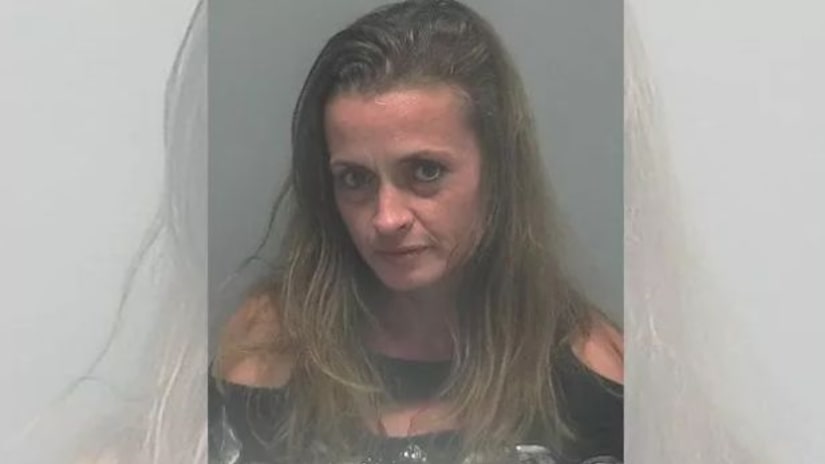 A motorcycle lost control, striking a guardrail at Vicennes Boulevard and Coronado Parkway in Cape Coral just after midnight Monday. The driver and a passenger were sent to the hospital with injuries after being ejected during the crash.

Almost two hours later Pamela Smith of Fort Myers barreled her way through the scene, despite the police tape around it.

Police said they smelled alcohol on Smith's breath and have arrested her for DUI.