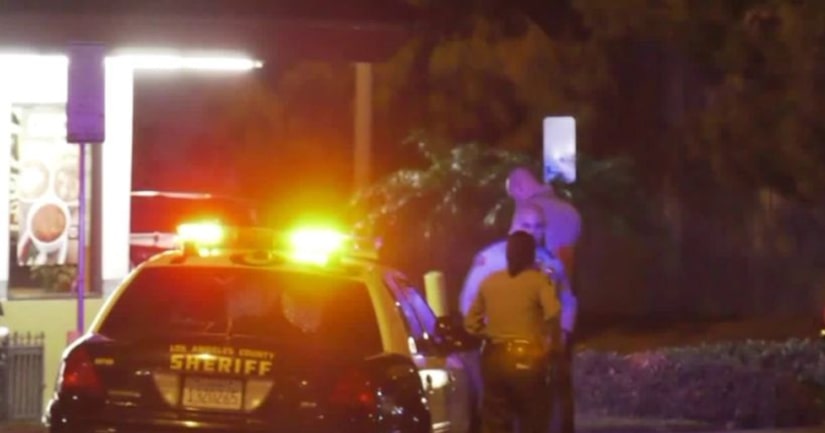 A man suspected of being the gunman in an apparent gang-related shooting that left a 3-year-old dead in Compton has turned himself in, KTLA reports.

Shots broke out after two men got into an argument in the parking lot of a liquor store Saturday night around 7:45 p.m. in the 2800 block of West Alondra Boulevard, the Los Angeles County Sheriff's Department said in a news release.

One of the men attempted to leave the argument and got into a vehicle that was being driven by his girlfriend. As the pair drove away, the other man fired shots at them, authorities said.

A bullet struck the 3-year-old boy, who was in the back seat of the vehicle, officials said. It was unclear if the couple were his parents.

They didn't realize the child had been shot until after they fled the shooting location, deputies said. A short time later, they drove to a Mexican restaurant about a mile and half away.

An employee at the eatery, the Lucky Star Cafe located on South Central Avenue in Carson, said she watched as the pair drove into the restaurant's parking lot.

"We were working here last night when we saw a car driving in," said Maria Ortega, the employee.

"The guy come out with a kid … and the kid (had) blood all over his body," she said.

Ortega said the man carrying the child was asking for help and the woman was crying out for someone to assist the child. She said a customer called 911 and deputies arrived shortly after.

The boy was rushed to a nearby hospital, where he was later pronounced dead, officials said.

Meanwhile, customers inside the restaurant grew worried the gunman was there, as confusion arose over when and where the child had been shot, and the restaurant locked all its doors.

Deputies have identified the suspected shooter and are communicating with his family and attorney to facilitate an arrest, officials said. Authorities have not publicly named the man.

During a Sunday afternoon press conference held at the site where the boy was shot, community leaders railed against gang activity in the neighborhood.