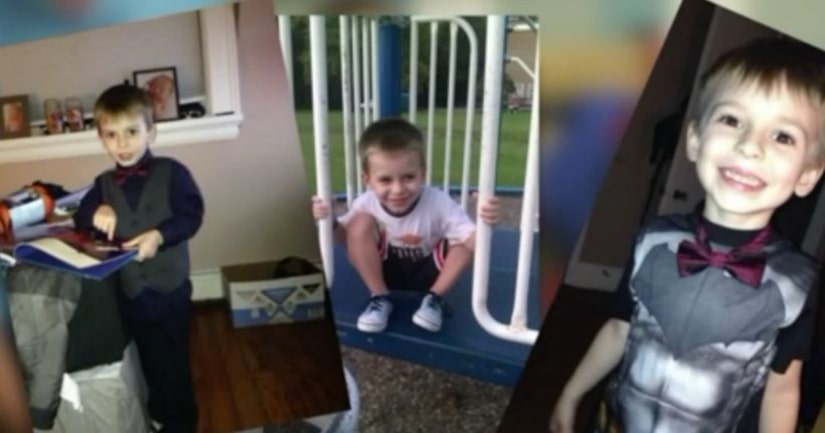 ISLE OF WIGHT COUNTY, Va. -- (WTKR) -- The medical examiner says the death of a 5-year-old child in Isle of Wight County was caused by blunt force trauma to his head.

Levi Robertson succumbed to his injuries Tuesday evening after spending several days hooked up to life support at the Children's Hospital of the King's Daughters.

New court documents filed Friday reveal what investigators are finding as they continue to seek justice for Levi.

According to a search warrant, investigators found pictures of the young victim with words and obscene shapes written in ink across his forehead. The images, according to court documents, came from texts and chat messages between the child's mother, 32-year-old Jaye Hadley, and her boyfriend, 33-year-old Justin Cox.

The new search warrant also says the phones and Facebook accounts of the two accused were searched and investigators found conversations that were related to discipline of the little boy.

Deputies responded to the unresponsive child on Monday, January 8. An investigation against Hadley and Cox was launched after the child was found with severe bruises upon his arrival at CHKD.

Deputies believe the alleged abuse happened at a home on Yellow Hammer Road in Zuni. Previous court documents say when investigators first interviewed everyone in the house, no one had the same story regarding why Levi Robertson was unresponsive.