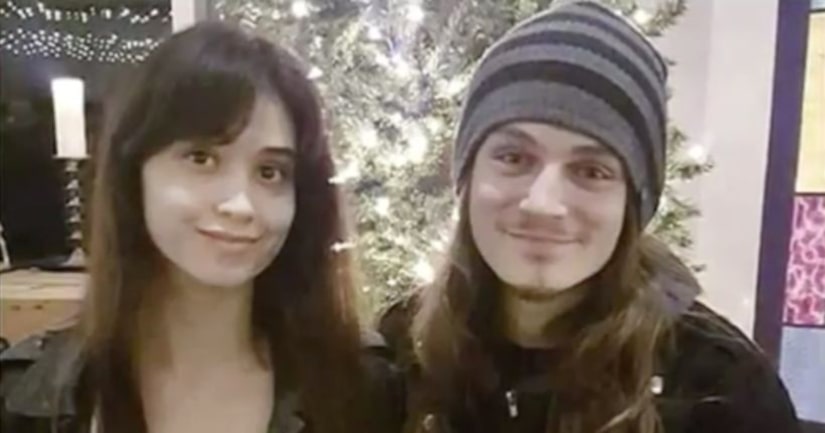 MADISON COUNTY, Ind. -- (WXIN) -- Two bodies discovered in a rural area of Madison County on Thursday have been identified as a missing Indianapolis couple.

On Saturday afternoon, the Madison County Coroner's Office ruled the cause of their deaths was a murder-suicide.

Police said a person on a snowmobile found the bodies of 22-year-old Heavan Henderson and 23-year-old Jeremy Danowski along a fence south of CR 200 S. between 825 W. and 700 W. Officers were dispatched to the scene at about 4:15 p.m.

Sheriff Scott Mellinger said in a press conference that the couple was found in an embrace, partially covered in snow. He added that a handgun and two shell casings were also recovered at the scene. Officers say the gun was purchased by the couple just days prior to them being reported missing.

Sheriff Mellinger said "there is no indication at this point that any other person might have been involved" in Henderson and Danowski's deaths.

The sheriff's office asked the public to help find the missing couple in late December.

Authorities were made aware of their disappearance by Danowski's father. He said that he had information that his son's cell phone had been last used near Lapel.

Henderson's vehicle was found in Lapel back in December, but officers said they found nothing in it to suspect foul play.

Several area searches had been performed prior to the discovery of the bodies, according to Sheriff Mellinger.