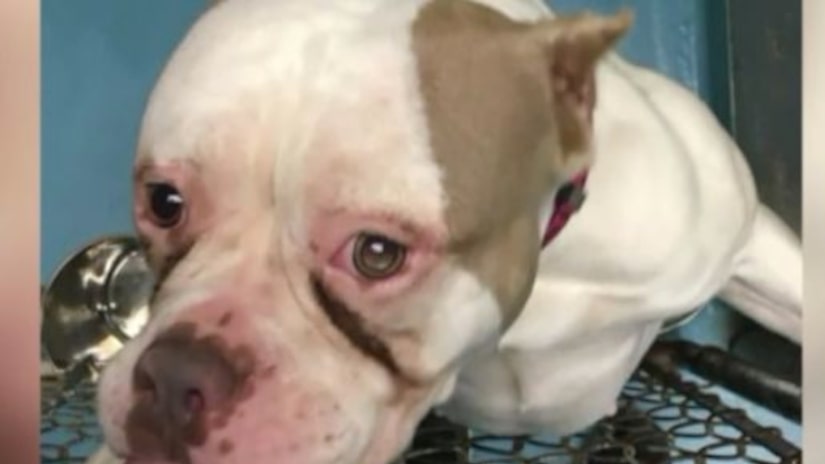 CHICAGO HEIGHTS, Ill. -- (WGN) -- A bulldog was found safe after police said an animal shelter volunteer made up a story about the dog being stolen at gunpoint.

Police in south suburban Chicago Heights thought they were investigating the case of a dog stolen from a humane society worker at gun point, but the story took a dramatic twist.

South Suburban Humane Society employee Sarah Spokes had just adopted Polly the bulldog on Wednesday. She said she was really looking forward to bringing her home. But first, Polly needed to be spayed at a nearby clinic.

At 6:15 a.m. Wednesday morning, Polly was loaded up into a van with other pets to go to the clinic.

On the way there, the humane society employee driving the van said he saw a “dog in distress,” tied to a stop sign at 10th Street and Halsted Street. He said when he got out to help the dog, someone held him at gunpoint and demanded Polly.