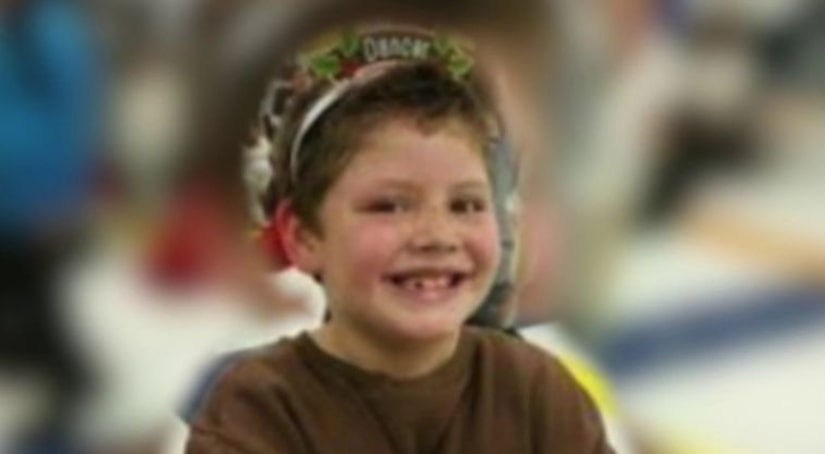 CHANDLER, Okla. -- (KFOR) -- A 13-year-old Oklahoma boy has been charged with first-degree murder in the fatal crossbow shooting of a 10-year-old boy.

Just before 6 p.m. on Oct. 21st, deputies were called to a Lincoln County home in reference to two young boys being shot with a crossbow.

When officials arrived, they found a 10-year-old boy, identified as Austin Almanza, dead at the scene.

An 8-year-old boy, identified as Ayden Almanza, was injured by the crossbow. Officials say the crossbow was still in the 8-year-old's arm when they arrived on scene.

Authorities learned that both victims were shot with a crossbow, using a broad head arrow.

Officials said a 13-year-old boy, not related to the victims, fired the crossbow, first striking the 10-year-old.

The arrow then traveled through the 10-year-old's body, killing him, and hit the 8-year-old's arm.

The 8-year-old boy was rushed to the hospital to be treated for his non-life-threatening injury.

Shane Edwards Brooks, 13, has since been charged with first-degree murder in Austin's death.

According to NewsOK, Brooks reportedly told authorities “he was hunting and accidentally shot his friends.”

However, Ayden told investigators that Brooks “was mad at them.”

Brooks is one of the youngest ever to be charged in Oklahoma as an adult with first-degree murder, NewsOK reports.