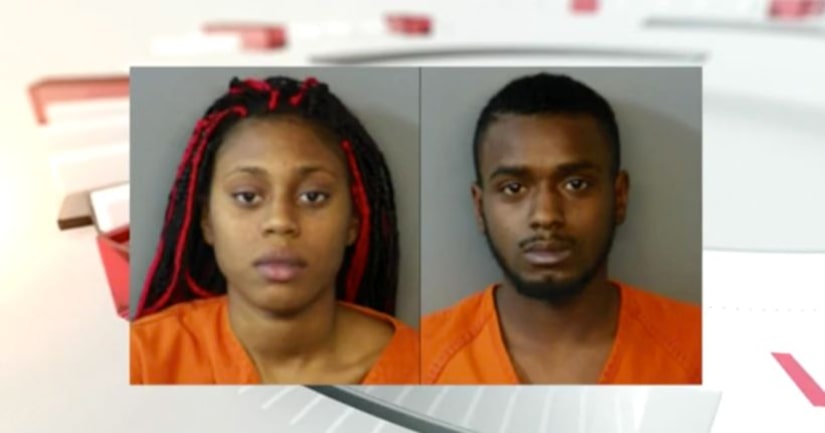 BROWNSBURG, Ind. -- (KRON) -- A former home health aide and her boyfriend are charged with murder after the beating and stabbing of a Brownsburg grandmother.

Arion Cruthird, 19 and Kiesha Summerhill, 18, both of Indianapolis, are charged in the murder of 74-year-old Alice Wright.

According to court documents, Summerhill had been a contracted aid through Richard L. Roudebush Veterans Affairs Hospital. She had cared for Alice's husband, Kerney, for nearly a year.

Court documents state that the couple admitted to the crime to an acquaintance, who then told law enforcement.

The acquaintance said the couple admitted to the murder by showing a news story about the crime and saying they were responsible.

According to court documents, the couple went to the home on Jan. 5. They were able to walk in due to the door being unlocked. The couple used a BB gun to threaten Alice, then took her to the kitchen to get cash out of the freezer.

Alice then used her life alert system to try to contact emergency assistance, then Cruthird began to beat her, according to court documents. Cruthird then grabbed a knife from the kitchen and began stabbing Alice, leaving blood on the wall in the living room. The pair also struck Kerney several times with their fists, knocking him out of his wheelchair.

Court filings state “Kiesha and Arion believed that Alice had recognized Kiesha and she told Arion that he needed to kill her so they could not be identified” and that “Kerney was kept alive because he could not identify them.”

Cruthird then took Alice to the bedroom and stabbed her in the back of head and neck.

The acquaintance said that Alice begged for her life and that Arion said he “felt sorry” for her because he could feel the “crushing” of her neck and jugular.