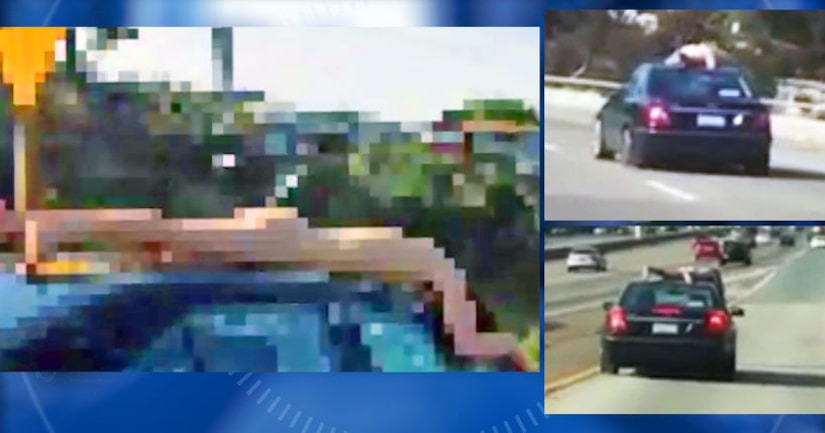 SAN DIEGO -- (KSWB) -- A bizarre situation took place on Interstate 15 Monday after a naked man was seen riding "Superman-style" on top of a car.

Cellphone video shows the man on top of a black Mercedes pounding on the roof.

The unusual circumstance was captured at the onramp from northbound I-15 to northbound Interstate 805.

California Highway Patrol officers say just before 2 p.m. the driver in the black Mercedes was broken down waiting for assistance when a naked man appeared and started running around the car.

Soon after, the unclothed man jumped on top of the car as it pulled away, but he didn't get very far before a CHP officer on his motorcycle stopped the car.

Minutes later, the man was arrested and taken to UCSD Medical Center for evaluation.