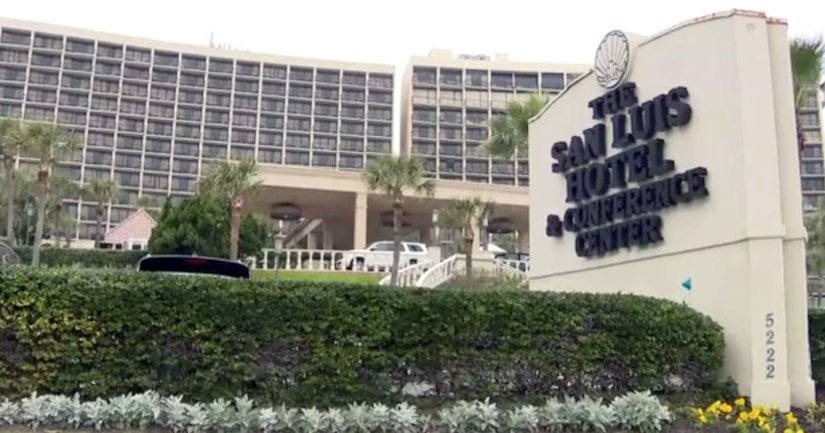 GALVESTON, Texas -- (KXAN/AP) -- A mother, father and their two young sons were shot to death early Monday at a Southeast Texas beachfront hotel in what police are investigating as a possible triple killing followed by a suicide in which the woman was the shooter.

Galveston police Capt. Josh Schirard said the four victims were a 37-year-old woman, a 39-year-old man and two boys ages 10 and 5. He said the family from Baytown about 35 miles north of Galveston checked in Sunday evening at the San Luis Resort.

Police were summoned to the upscale 250-room hotel on the Gulf of Mexico after a guest in a nearby room on the eighth floor called police about 4:30 a.m. and reported popping sounds. Officers entered the locked room and found the man and two boys in bed with apparent gunshot wounds and the woman on the floor, also with a gunshot wound.

The woman and one of the children were “unresponsive but still appeared to be alive” and were taken to a hospital where they both died, Schirard said, adding that neither was ever able to speak.

“A motive is unknown at this time, but forensic data collected at the scene indicated the female is believed to be the shooter at this time before apparently taking her own life with a 9 mm handgun found adjacent to her body,” Schirard said. “There's no indication or evidence that there are any other persons involved or that there are any other suspects still at large.”

Authorities said no issues were apparent before the family checked in, and nothing about the condition of the room indicated there was a struggle.