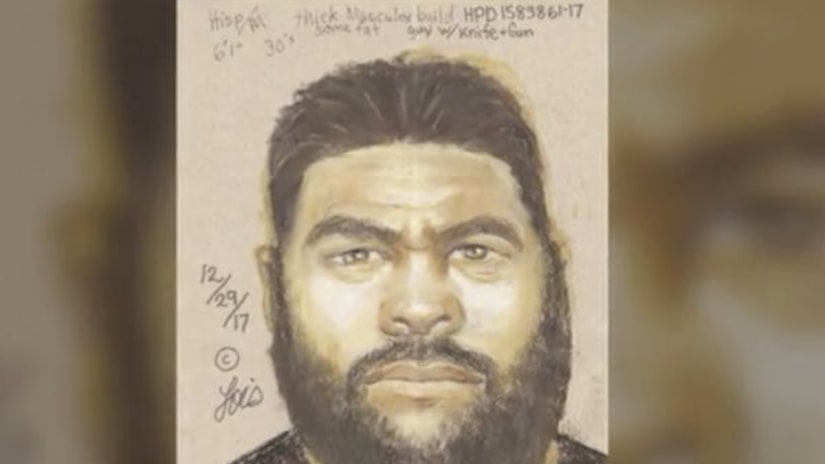 HOUSTON -- (KIAH) -- Houston police released a sketch Friday morning of a suspect accused of slitting a man's throat while trying to kidnap the victim's wife outside a Whataburger in the Northline area in December.

The victim and his wife pulled into the restaurant's parking lot at 444 W. Little York Dr. around 1 a.m. on Dec. 18 and were approached by two men before going into the Whataburger.

Investigators said one of the suspects placed a knife to the husband's neck and demanded his wallet and cellphone, while holding a handgun in his other hand. The man complied with the demands, but the suspect allegedly instructed the wife to leave with him.

The suspect and his alleged accomplice tried forcing the woman into their vehicle, but the husband intervened. That's when the suspect reportedly slit the husband's throat. He and the accomplice both kicked the victim in the face as he fell to the ground.