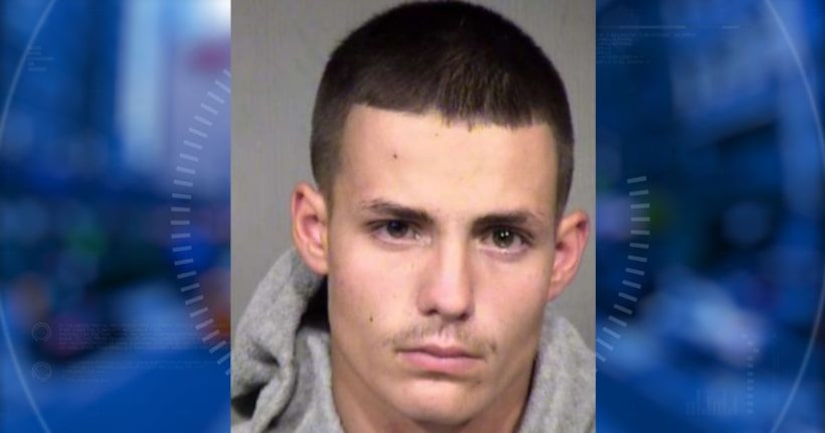 PHOENIX -- (KNXV) -- A Phoenix man is accused of being high on methamphetamines while crashing a stolen car, killing his passenger.

Phoenix police report that at about 8:30 a.m. on December 29, Brian Austin Armstrong drove onto the sidewalk near 9th and Dunlap avenues, before hitting a tree and killing his passenger.

Witnesses reportedly told police that there were no other vehicles in the area at the time. They helped in removing Melissa Felix from the passenger seat of the car.

She was later pronounced dead at the hospital.

Armstrong allegedly told police that he uses meth "any chance he gets."

He also reportedly told police that he had fallen asleep at the wheel, "multiple times in the past month while driving," hitting a curb and a wall.