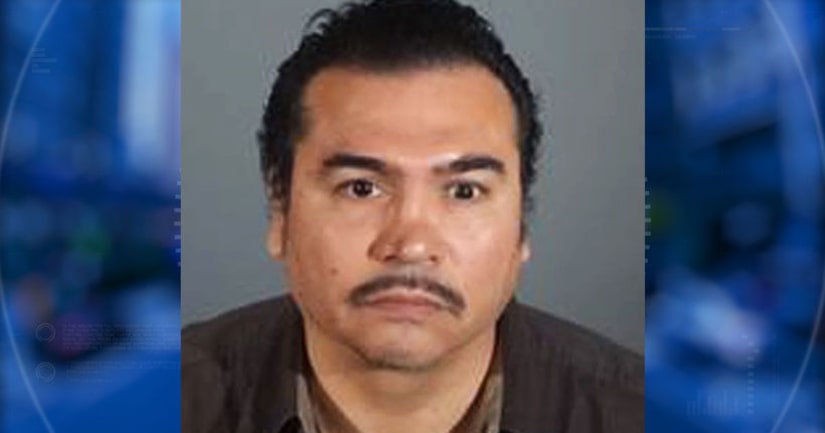 LOS ANGELES -- (KTLA) -- Officials are looking for more possible victims of a former Olympic champion boxer who trained children at an East L.A. gym and who has been accused of lewd acts involving an underage female boxing student.

Paul Gonzales, 53, was charged Wednesday with eight felony counts, including four counts of lewd acts upon a child, according to the Los Angeles County Sheriff's Department.

He is also facing charges of possession or control of child pornography, distributing or showing pornography to a minor and contact with a minor for sexual offense, with all charges tied to the same victim, authorities said.

Gonzales, who took home gold while representing the U.S. in the 1984 Olympics in Los Angeles, worked at the Eddie Heredia Boxing Club in East L.A.

For the past 10 years, he trained and mentored 8- to 19-year-old boys and girls there while employed by the Los Angeles County Department of Parks and Recreation, sheriff's Lt. Todd Deeds said in a Friday morning news conference.

Currently, about 40 boys and 15 girls attend the club, Deeds said.

The club is where Gonzales met the female victim, whose family member reported the alleged lewd conduct in December after she began training there and met Gonzales earlier in the year.

"We believe he befriended her and that he groomed her," Deeds said. “They developed a relationship there, and over a period of time, lewd acts were committed.”

Following an investigation by the sheriff's Special Victims Bureau, Gonzales was arrested on Dec. 29 a short distance from his home, according to Deeds.

Because Gonzales worked at the gym for some time, he "had access to lots of children, specifically females," Deeds said. He said investigators think there may be additional victims "based on the egregious nature of what is being alleged" and on Gonzales' access to children.

In a statement, parks department officials said they take the allegations seriously and are cooperating with the investigation.

“There is zero tolerance for employee misconduct within our Department,” the statement read. “We place a very high value on the safety of the public, especially children, who participate in our programs and who visit our park facilities. The Department will take appropriate and swift action to ensure the continued protection of all of our guests.”

Investigators said they have not received any additional complaints about Gonzales so far and have no reason to believe that other adults played a role in enabling the alleged criminal activity.

Gonzales is prominently featured in a "Let's Go L.A." YouTube segment produced by the parks department in 2014. The video also features several children, and Gonzales is shown training one of the hosts.

Investigators said they are unsure when Gonzales would have been alone with the youths and could not discuss where the crimes occurred or say whether there were witnesses. As the investigation remains active, officials are limited in discussing details.