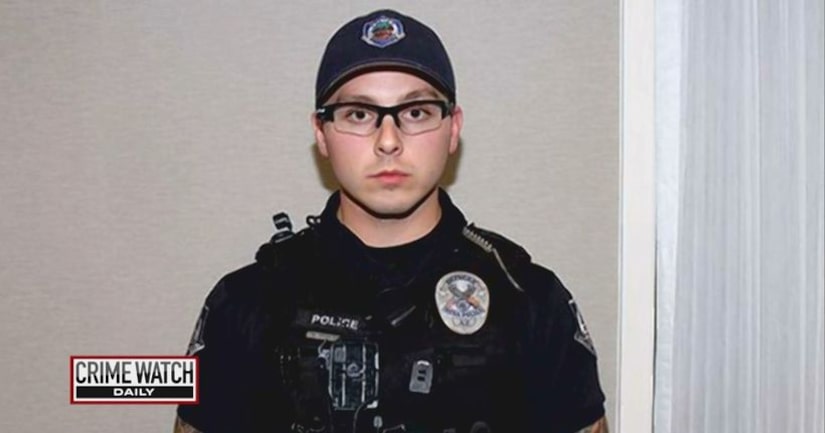 Civil rights are at the epicenter of police-involved shootings. Black, white, brown, yellow or purple, we are equal under the law. We are all guaranteed a Fourth Amendment constitutional right to be free from unreasonable search and seizure. The greatest seizure is taking someone's life. This is done with “deadly force.” Deadly force may only be used by an officer of the law, when it is justified. Our highest court says there is only one circumstance in which it is justified: defense of life. A police officer may take a life to defend a life or if a suspect is fleeing a scene and poses a threat to the public.

If a killing is not in defense of life, then the deadly force is “excessive and unreasonable” and the taking of the life is a civil rights violation and a federal crime. For this reason, every police-initiated killing of an unarmed person merits a United States Department of Justice investigation.

Under state law, an unjustified killing is manslaughter or flat-out murder, depending on the circumstances. So then why do we have so many cases where it appears the deadly force was excessive and unreasonable, yet the officer is not convicted of a crime either at the state or federal level? It can be explained by words on videos that evidence the officer's perception, like “He's got a gun” or “I told him not to reach for it.” Sometimes a police officer just has to say “I thought he was reaching for a gun” and that is enough, whether it's true or not.

The most important thing to understand is that, under the law, it does not matter whether there was an actual threat. This in and of itself may seem completely absurd. You may be thinking, "So if a police officer thinks a man is reaching for a gun but he is actually reaching for a wallet, he can kill that man and face no consequences?" In many cases, the answer is yes, that's legal. You may be thinking, "So if a police officer mistakes an innocent man for a criminal and kills him, he may not face any consequences." Again, in some cases, yes, that's what our law stands for and that's why we see so many acquittals.

Mind-boggling? Here's why. Hindsight is 20/20. Our courts have decided that an officer can only assess a situation as it is unfolding. Oftentimes those situations are chaotic, for example: when an officer is pursuing an armed and dangerous suspect late at night who just committed a felony. Police officers are taught they have about a half a second to react to a deadly threat. If a police officer waits for someone to draw a gun, the officer could die. Therefore, officers are trained to shoot to kill when they believe someone is reaching for a gun or other dangerous weapon with the intent to kill them or someone else.

So does this mean any officer can kill any person based on his or her skewed perception? No. Our courts balance the risk faced by officers with the sanctity of human life. The officer's belief, whether correct or mistaken, must be reasonable. So courts ask: would an objective, reasonable police officer (not just anyone) have perceived the same threat and acted the same way in those circumstances? The circumstances are the key to a conviction. It's not just the circumstances at the moment of the shooting, it's the totality of the circumstances. It's what was done and said before.

The officer must judge whether the person they think is reaching for a gun is not only reaching for a gun, but whether that person is capable of using it to kill an officer or another innocent person in that moment. That's why what came before is so important. If you ask an officer, they may say you never really can tell whether a person is acting harmless one minute and ready to harm them the next.

But officers are required under the law to de-escalate a situation whenever possible with non-deadly means: Tasers, arrests, negotiations, for example. Shoot-to-kill training should only be employed when absolutely necessary. Deadly force is the last resort.

Oftentimes officers may default to their shoot-to-kill training when it's unwarranted, or when there were other means of de-escalating a situation.

Sometimes officers escalate a situation and therefore create the dangerous shooting by overreacting or not following proper police protocols. There is a strong argument to be made that once an officer escalates a situation which leads to the perceived threat, he may no longer claim self-defense or justification. This is a determination left to a jury.

But when cases reach the courtroom, as Officer Philip Brailsford's did, sometimes the totality of the circumstances is not fully considered by the jury. Sometimes, the only thing a jury focuses on is the whether the officer did what he was taught, even if his training wasn't up to par with training in other jurisdictions. Sometimes the only thing that matters to a jury is whether the officer perceived a deadly threat in the moment he or she fired.

In Daniel Shaver's case, a lot happened beforehand. There were lots of times the situation could have been de-escalated. In fact, Daniel Shaver's life was threatened multiple times for failing to follow commands. You cannot shoot and kill someone for failing to follow commands. But Philip Brailsford wasn't the one shouting commands, Sergeant Charles Langley was. Philip Brailsford was the one on trial.

But for a man like Daniel Shaver, who was compliant and begging for his life, was it reasonable to think he was not only reaching for a gun, but reaching for a gun with the intent to shoot the officers? Would an objective officer have perceived that same threat in those circumstances? This test, when applied properly, is meant to weed out racist officers, emotionally unstable officers and ill-trained officers because it measures them up against the archetypal officer, the righteous individual every officer should aspire to be. The problem in court is that since training varies across the country, often the "reasonable person" standard is tainted by paid police-training experts who come in and say that the officer's actions were reasonable, even if they were not.

Lastly, sometimes multiple officers escalate a situation or fail to de-escalate it, but only the one who shoots is put on trial. Should there be liability for officers who create a situation that causes a fellow officer to fear for his or her own life?

With the increased use of video cameras and body cameras, there's often proof of at least some of the circumstances.

For me, the most overlooked detail in Daniel Shaver's case could be the key to it all: Monique Portillo's purse. Portillo's purse was left right smack in the middle of the floor in the hallway. Officers saw the obstacle there. You can see that as Shaver approaches it, he navigates around it, and as his body pivots, that's when his arm goes back. Perhaps it was his movements around the purse that caused his shorts to slip down, or maybe he was trying to readjust his body. Regardless, a roadblock should be considered by officers when observing how someone is maneuvering and whether those movements are threatening.

And what about all those times Shaver tried to talk to police? Why didn't they engage in dialogue? Perhaps it would have surfaced that he had been drinking even after he denied being drunk. It's a fact that may have made them better understand his compromised ability to follow strict physical commands.

Finally, even when it's justified to shoot, an officer may only use force that is proportionate to the threat. Daniel Shaver, unarmed, was shot five times with an AR-15. Each shot is treated as a separate use of force.

Additionally, an officer has a duty to try to save the person. Failing to act to save amounts to criminally negligent manslaughter in many jurisdictions.

In the end, the jury felt that a frame-by-frame analysis showing Brailsford only firing at the very last second was convincing. The jury also never heard about either Brailsford's or Langley's past disciplinary histories, nor the fact that Brailsford's gun had the etching "You're [----]ed" on it, because the judge felt those facts would have been prejudicial. Is it relevant? Some say yes, others no.

What makes modern-day cases so different from so many in the past is video evidence. Without objective evidence, oftentimes the only credible testimony comes from the officer. Righteous or corrupt, that officer can paint his own picture of the circumstances that led him to perceive the deadly threat. In those cases, reasonable doubt lends the officer the benefit of the doubt. In other cases, officers make deadly mistakes even with the best intentions. Sometimes these killings are legally justified, although they remain morally incomprehensible, especially for the families of the victims.

In the end, we may need to re-examine our training of officers in certain jurisdictions and consider making it uniform across the country so that one "reasonable officer" standard emerges. Encouraging officers to de-escalate situations could also help. Maybe when we have "potential shooter" cases arise, only SWAT teams or experienced negotiators should respond. There are many ways we can examine not only police response but also the way our legal system adjudicates these shootings, and whether it's fair -- not only to the police, but to the victims as well.

If you'd like to donate to Daniel Shaver's family or learn more about their pay-it-forward goals, visit the "Justice for Daniel Shaver" GoFundMe and Facebook pages. 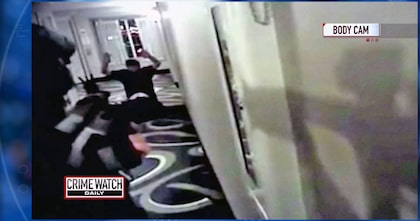