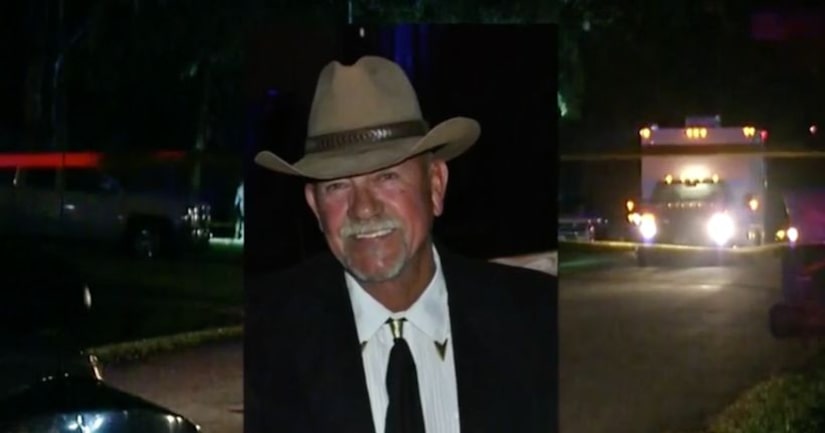 EDGEWATER, Fla. -- (WKMG) -- The gunman shot and killed by Edgewater police on New Year's Day terrorized his wife before shooting her in the chest and chasing her with the gun while she ran to police, 911 calls made leading up to the fatal encounter reveal.

Gary Johns, 65, died in the shooting, which was reported Monday at his home on Unity Tree Drive in Edgewater, police said.

Johns' 58-year-old wife secretly called 911 twice and can be heard asking her abuser repeatedly to “put the gun down” and asking, “Gary, why are you doing this?”

In the two calls totaling about seven minutes the victim is heard begging for her life, saying "help me."

Johns did not know his wife had called 911 and when he finds out the line goes dead.

The victim was shot in the chest, which can also be heard in the 911 audio.

According to Edgewater police, officers were called to a shooting and heard a gunshot. Police said a woman was screaming as she ran from the home and a man carrying a handgun chased her while shooting at her.

Officer body camera video shows the victim running and screaming as her husband continues to fire his weapon.

Edgewater Police Chief David Arcieri said he has every reason to believe the officer-involved shooting was justified.

"The officers did what they are trained to do and I have no doubt their actions saved a life last night," Arcieri said.

Volusia County court records show Johns had a history of violence. He was charged with aggravated assault with a firearm, battery and resisting a law enforcement officer in 2003 and faced similar charges in 2001.

Acieri said his police department had not gone to the Unity Tree Drive home since a 2002 domestic violence call. Johns was charged with aggravated battery for threatening his then-wife with a gun.

"At this time we have not established a motive for Gary Johns' actions. We do believe alcohol was a factor," Arcieri said.