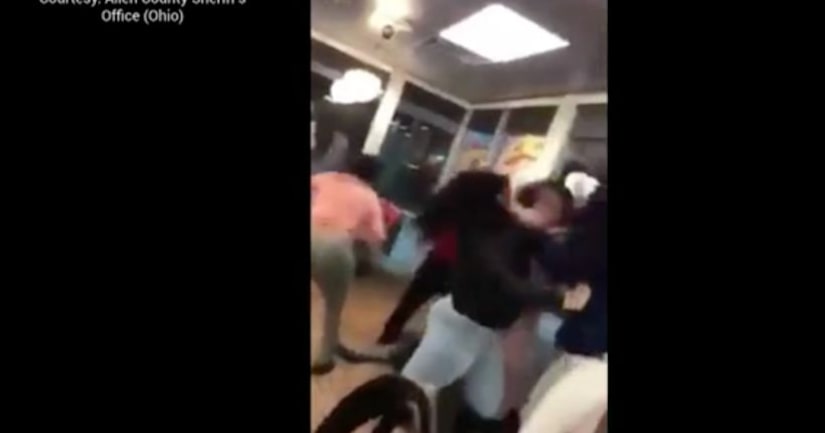 LIMA, Ohio -- (KRON) -- Authorities in Lima, Ohio have released a 2-minute long cellphone clip showing a brawl inside a Waffle House in hopes of getting tips on who was involved.

The Allen County Sheriff's Office says the fight happened on Dec. 26 around 3 a.m. In the video, it looks like a dozen or so people were involved in the fight. The large brawl also had mini fights going on within the 24-hour diner.

The person recording the fight, towards the end of the clip can be heard standing at the counter saying, “Yeah, I need my food, still.” He then hands another cellphone he found to its rightful owner.

The fight that happened inside then spilled out into the parking lot in front of deputies as they arrived.