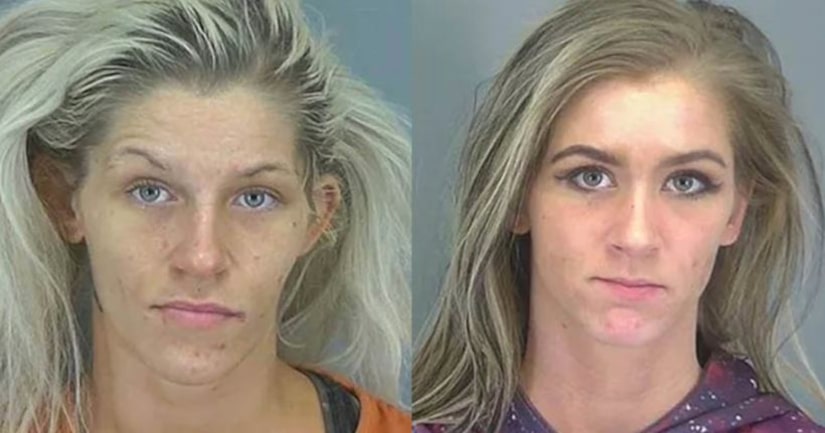 LYMAN, S.C. -- (WJW) -- Two women are facing charges after six children were found living in poor conditions in a South Carolina home, according to WHNS.

Fallon Stowell, 27, and Logan Stowell, 26, both of Lyman, are charged with cruelty to children and possession of drug paraphernalia.

Officers came to a home in Lyman on Friday after a report of multiple children in diapers only playing in a front yard unsupervised.

When officers arrived, they found six children, all under the age of 5, in the yard. Pieces of a broken mirror and other glass were on the ground in the yard and three of the children had diapers drooping from being soiled, according to a police report obtained by WHNS.

When police arrived, the oldest child said his parents weren't there, but his aunt, Fallon Stowell, was home. According to the report, officers found her inside the home with a blanket pulled over her. The women are each single parents to three of the children and share the house together, police said.

Officers inspected the home and found it full of trash, liquor bottles and feces. Drug paraphernalia was also found inside the home.

The children were placed in emergency protective custody and the Department of Social Services responded to the scene.