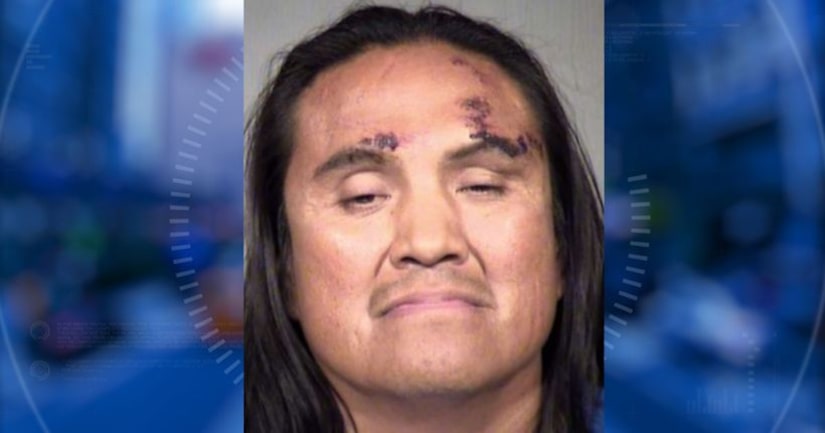 MESA, Ariz. -- (KNXV) -- A Mesa mom was able to pull her child away from a kidnapper who grabbed her arm as they were getting into their car.

Mesa police report that on December 13, a woman was getting into her vehicle near Gilbert Road and Southern Avenue.

Police say 43-year-old Joe Haskie was already in the car and grabbed the girl's wrist, saying "let's go." The mother was able to pull her daughter away from Haskie and demanded that he get out of the car.

When Haskie refused, she went into her home and called the police, telling them she was watching the suspect smoke in the car.

While Haskie was unknown to the victim, he was known to police, having been on felony release on several charges including burglary and aggravated assault.

Haskie continued to fight with officers, refusing to exit the car. Police needed to use bean bags and a Taser to get him out.

Police say they found methamphetamine and a pipe in the car.