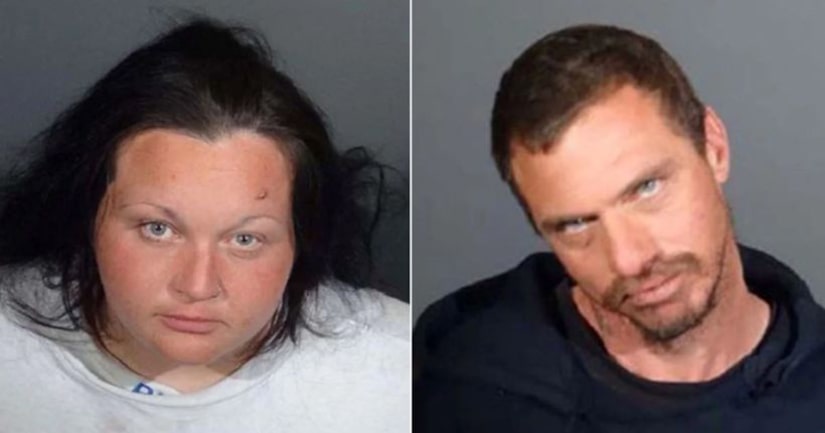 LANCASTER, Calif. -- (KTLA) -- The parents of two boys were arrested in Lancaster after trying to sell their children in exchange for money or drugs, authorities said Monday.

The couple, 38-year-old Vincent Calogero and Sarah Nilson, 32, were taken into custody after deputies were called to respond to a report of possible child abuse, the Los Angeles County Sheriff's Department said.

It's not clear what circumstances led to the call to authorities, but a sheriff's news release said detectives “would like to commend the residents of Lancaster who intervened in response to the danger the children were in.”

Deputies found Calogero and Nilson “had been attempting to give and/or sell their children in exchange for money or drugs,” the release stated.

Calogero and Nilson were booked into the sheriff's Lancaster Station on suspicion of felony child endangerment, child neglect, and being under the influence of a controlled substance. They are being held on $100,000 bail.

Their two sons were put into the custody of the county Department of Children and Family Services.

Detectives are seeking witnesses to the alleged child abuse, or anyone who was approached by the suspects “in order to give away their children, and/or sell their children in exchange for drugs or money,” the release stated.