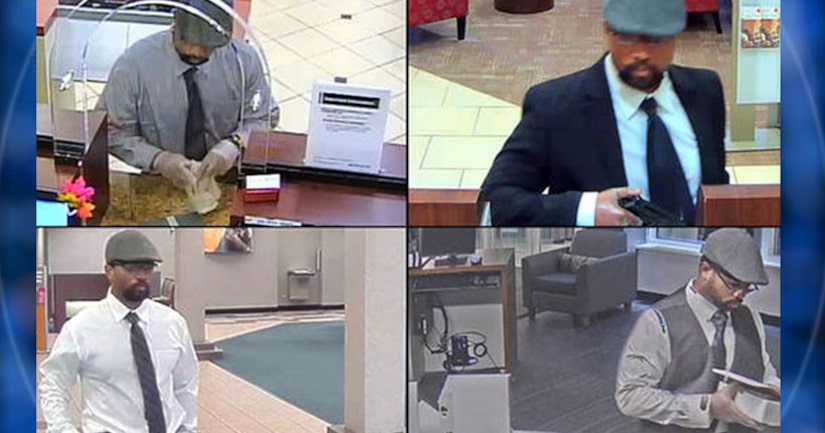 MIAMI -- (WPTV) -- The FBI is searching for a well-dressed bank robbery suspect who they say has pulled off at least four heists in South Florida.

Officials said the suspect demanded money from a bank employee, but the amount taken wasn't released. There were customers in the bank but no one was injured.

The same suspect is believed to be responsible for three other robberies last month, two in Boca Raton and one in Palm Beach Gardens.

Photos from the robberies show the suspect neatly dressed, wearing a cap and tie with glasses and gloves.