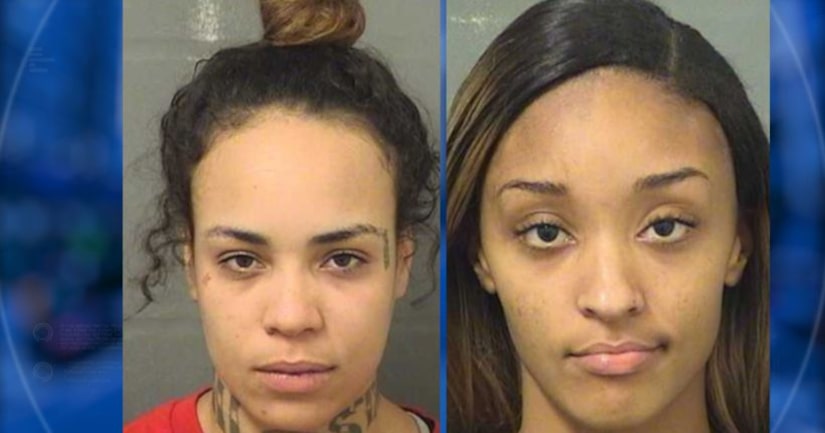 Aneshia S. Williams, 25, and her 19-year-old sister Amber J. Williams went to the school on Friday morning Dec. 8, to fight and were told to leave by the principal, according to a school police report.

Officers said the principal told them the women were trespassing and refused to leave.

One of the officers said he spoke to Aneshia Williams who said she came to pick up her sister who was a student at the school. He said as he began escorting her a fight broke out and "the whole courtyard was in chaos."

He said at one point Aneshia tried to break away from him after Amber Williams ran to a group of students and began throwing punches and striking an unidentified female student on the face and body.

He noted that several fights broke out and that two staff members fell to the ground trying to break them up.