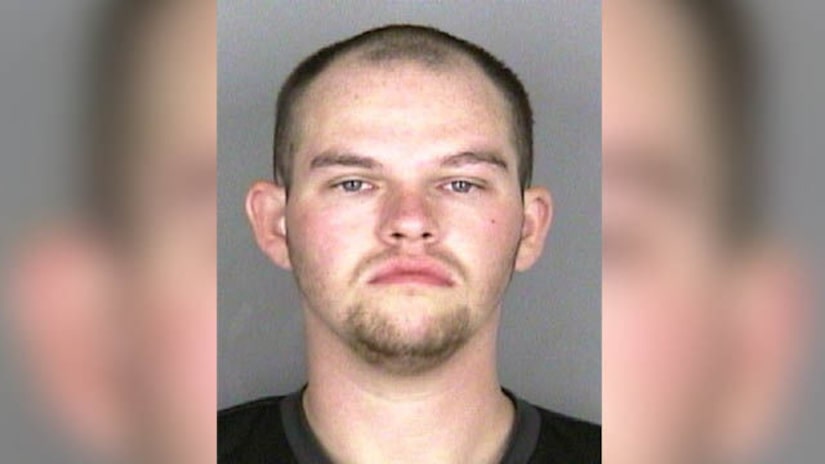 PORTLAND, Ore. -- (KRON) -- A woman mouthing the words “help me” to people inside a Dick's Sporting Goods store in Salem had been held at knife point, along with her child, inside her home before convincing her kidnapper to take them to the store on Saturday afternoon, the Marion County Sheriff's Office said.

Christopher Hahn-Collins, 25, was arrested at the store after the woman's call for help got people inside the store to call deputies.

Detectives, after an investigation, learned that Hahn-Collins broke into the victim's home on Friday night and waited for her and her child to come home. He then held them at knife point until he was arrested the following day.

Detectives believe Hahn-Collins didn't know the victim before the kidnapping.