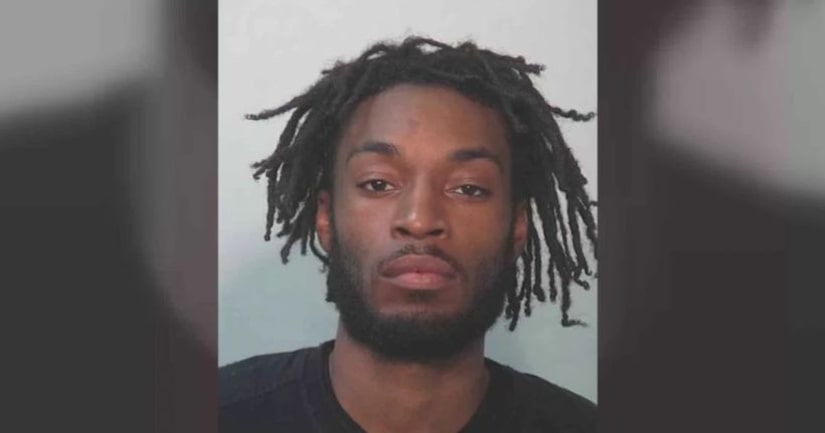 FORT WAYNE, Ind. -- (WANE) -- A Fort Wayne man was charged this week with beating and molesting his girlfriend's 1-year-old baby.

Trumarkus C. Alexander, 27, of 3031 Broadway was charged this week in Allen Superior Court with Child Molesting, Battery Resulting in Serious Bodily Injury, Neglect of a Dependent, Unlawful Possession of a Firearm by Serious Violent Felon, Criminal Recklessness and Resisting Law Enforcement. Alexander was arrested Nov. 28 after an hours-long standoff at a home in the 2800 block of Knode Court.

According to a probable cause affidavit, it was Nov. 25 when police were called to a Fort Wayne hospital about a 1-year-old girl who was taken there by her mother after she was found suffering from bruising to her head. The mother said her boyfriend – Alexander – had been caring for the baby the night before while she was at work, and he told her the baby fell off an air mattress, according to the affidavit.

The child also appeared to have been sexually assaulted, the affidavit said.

The next day, the girl's mother told police at the hospital that she'd asked her daughter who hurt her. The child said, “T.A. work,” which the mother said it the girl's nickname for Alexander, according to the affidavit.

The woman's 8-year-old son was then questioned by an Indiana Department of Child Services case worker. The boy told the case worker that when he went to bed that night, the baby was not hurt. The boy then said that after his mother took the baby to the hospital, he went with Alexander to his aunt's home. There, the boy said he overheard Alexander tell the woman that the baby's mother – his girlfriend – grabbed the baby by the head and threw it to the floor, then kicked it, according to the affidavit. The boy told the case worker he did not see any of that, though.