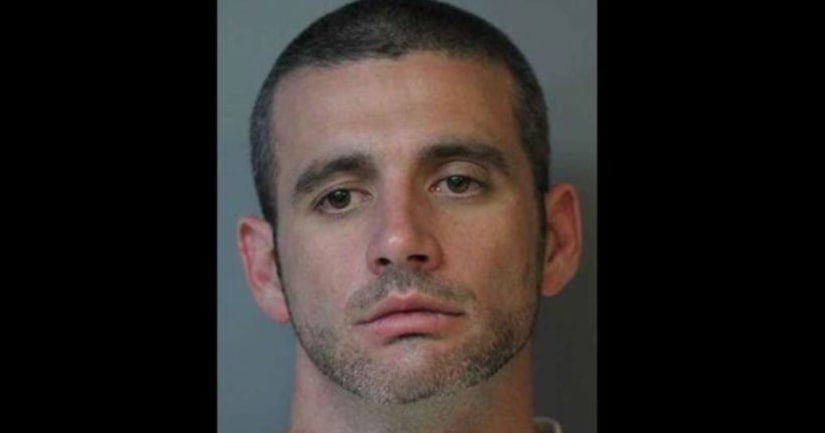 DAVENPORT, Fla. -- (WKMG) -- A Polk County man was arrested Saturday on suspicion of tying up a teenage girl with rope and raping her before leaving her bound inside a truck, deputies said.

Travis Burton, of Haines City, 30, was arrested on charges of sexual battery on a minor over the age of 12, kidnapping, burglary, aggravated child abuse and soliciting for prostitution.

According to an arrest affidavit, Burton punched the girl in the face after she arrived at a home in the Davenport area, where Burton was waiting. He then bound her with tape, cut off her underwear and raped her four times, deputies said.

The girl said that Burton put a knife to her throat, and attached a dog leash to her neck, according to the affidavit.

Burton put the girl in a truck, but got stuck in an orange grove, deputies said. He then sexually battered her again, authorities said.

Deputies said they found the girl in the truck, but Burton ran off.

The Polk County Sheriff's Office said Burton told deputies that he met the girl online and offered her $300 for sex. He said they had a disagreement over the money and it "got a little rough," according to the Sheriff's Office.