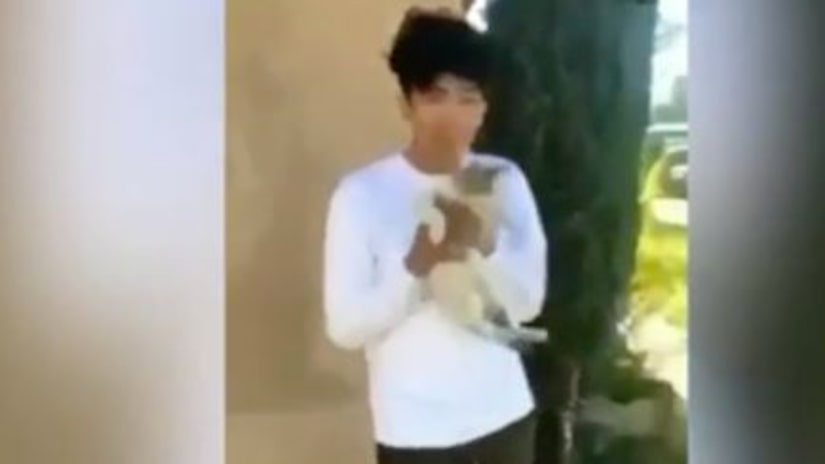 UPDATE 2:55 p.m. PT: Ontario Police said the juvenile seen in the video in question has been arrested.

The suspect was seen in the city of Upland near Ontario Monday afternoon. The suspect was on foot and reportedly tried to flee, according to police, before officers tackled him and arrested. The juvenile suspect, 16, was not named. He was booked into the San Bernardino County Juvenile Hall for felony animal abuse, according to a police report.

SAN BERNARDINO, Calif. -- (KTLA) -- San Bernardino authorities are investigating a video that appears to show a boy flinging a cat high into the air before it crashes onto a nearby street after the graphic footage went viral on social media.

The Ontario Police Department, which was contacted by people outraged by the video, said Saturday afternoon on Twitter that it was investigating the incident and had already located the cat and its owner.