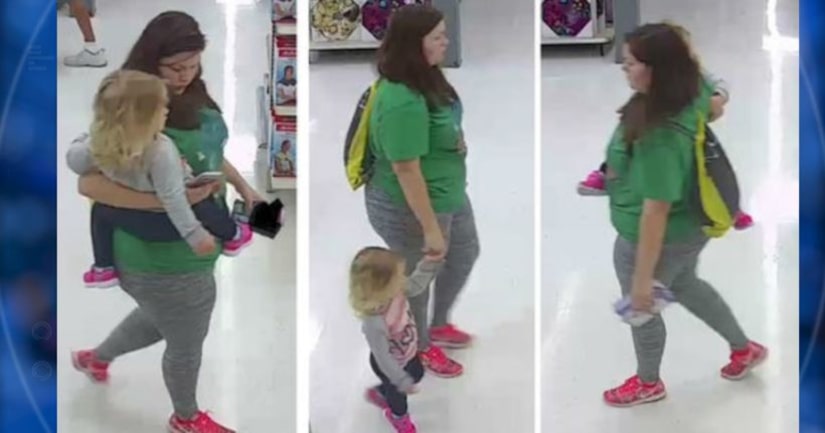 UPDATE 12:51 p.m. ET: WCTI reports that Jetta Long, who claims to be the woman in the released photos, says the child in the images is not Mariah Woods.

JACKSONVILLE, N.C. -- (WZTV) -- The Onslow County Sheriff's Office and the FBI are asking for the public's help with three photos released just after midnight Tuesday.

The three photos are of an adult woman and a little girl. The girl fits the description of 3-year-old Mariah Woods.

Woods was reported missing by her mother early Monday morning around 6 a.m. She was last seen by her mother after putting her to bed.

Surveillance footage showing the pair was taken at a Walmart in Morehead City on Monday at around 9:30 a.m. In a press release from the FBI, the Onslow County Sheriff's Office and the FBI are said to be trying to determine if the child in the photos is Woods.

If you have information to identify the adult and child, call the Onslow County Sheriff's Office at (910) 455-3113.

Mariah's biological father told WCTI it's hard to believe nobody heard anything when she was allegedly taken from her bed.

"Somebody just, walked right up in there, grabbed the three-year-old out the bed - she didn't cry, she didn't scream. Nobody heard nothing," Alex Woods explained, claiming four people were in the house at the time, including her two brothers.