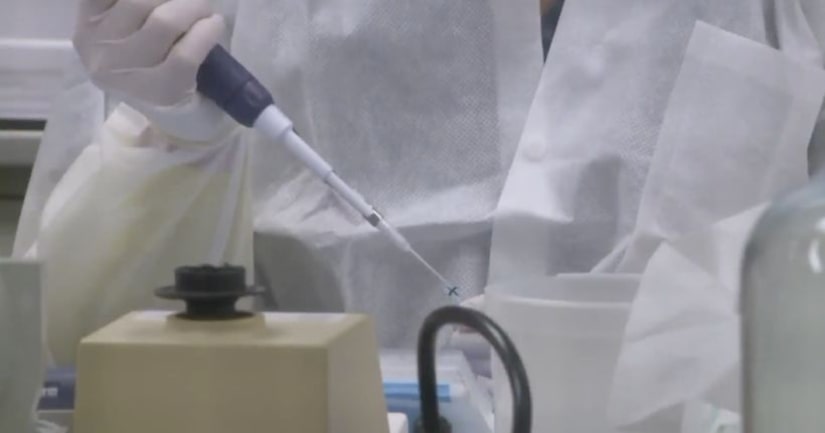 FORT GREENE, Brooklyn -- (WPIX) -- When a woman or man is sexually assaulted and then undergoes the administration of a rape kit — a lab test that collects DNA evidence that identifies the attacker — the procedure is free of charge, by law.

That law was violated by The Brooklyn Hospital Center for at least two years, affecting many dozens of women, according to an investigation by the New York Attorney General's Office. It's now probing to see if other hospitals across the state may have made the same violation, by billing survivors repeatedly for rape kit administration.

"To seek that care and then have those essential services billed, and then keep getting that reminder of that time and that assault, it's unconscionable,” said Josie Torielli, assistant director of the New York Alliance Against Sexual Assault.

Her organization received a complaint earlier this year from a woman who had survived a sex assault in 2016 and had had a rape kit administered at Brooklyn Hospital.

"After her visit, she was billed seven different times for her rape kit,” said New York Attorney General Eric Schneiderman on Tuesday.

The woman contacted the New York Alliance Against Sexual Assault, or NYAASA, after receiving the first bill, but they kept coming. After the seventh bill, NYAASA contacted the Attorney General's office.

The Attorney General's office pursued their investigation, and according to Schneiderman, "When [the woman] didn't pay the bill,” which she was, of course, not required to do, the hospital “actually sent it to a collection agency. This is intolerable conduct,” the Attorney General added.

The average cost of a rape kit, including ones administered at The Brooklyn Hospital Center, according to the Attorney General's office, is $900.

"Nine hundred dollars?" exclaimed Syltasha Coby, a local resident, when told about this news. "For people to get charged, and they're a victim," she continued, "I think that's unfair, to be honest."

She was not the only person outraged, by any means.

"Us women, we've gotta suffer," said an outraged Tarina Wyatt, a general patient at Brooklyn Hospital. "It's just not fair."

Eighty-five women were illegally billed for rape kits by the hospital, between mid 2015 and early 2017, according to the Attorney General's investigation. Now, The Brooklyn Hospital Center, in a settlement with the state, will have to reimburse those women, with interest, and pay a $15,000 fine. No criminality was found in the case, Schneiderman said.

For its part, The Brooklyn Hospital Center issued a statement that read, in part:

"The State Attorney General's office brought this issue to the hospital's attention in February 2017. We deeply regret the inadvertent breakdown in our billing processes related to sexual assault victims.

"We appreciate the efforts of the Attorney General's office and thank them for their collaboration and advocacy. Working closely and transparently with their office, the hospital designed interdisciplinary processes and protocols to ensure that these billing issues do not occur again and to reflect not only our compliance with the law, but also our longstanding commitment to victims of sexual assault."