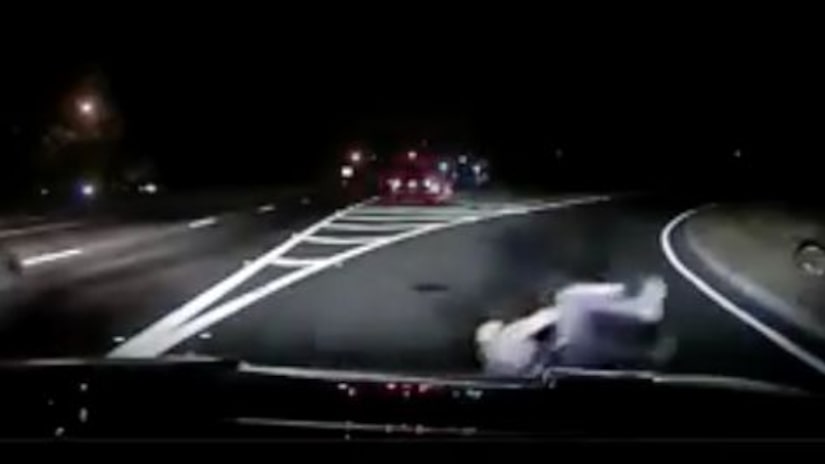 MANCHESTER, N.J. — Manchester Police released dashcam video of an officer nearly being struck by a car as he was returning to his patrol vehicle.

Earlier in the month, Patrol Officer Kyle Rickvalsky was investigating an accident which involved a struck deer. His patrol vehicle was pulled to the side of the road with his emergency lights shining. As he was returning to his vehicle, Rickvalsky noticed a car approaching the passenger side. He went around and approached the driver side to avoid the car.

The oncoming car then abruptly swerved to avoid the officer's vehicle and headed straight toward Rickvalsky.

“With some quick thinking and ninja-like reflexes, Ptl. Rickvalsky was able to dive and roll out of the way,” Manchester Police said,