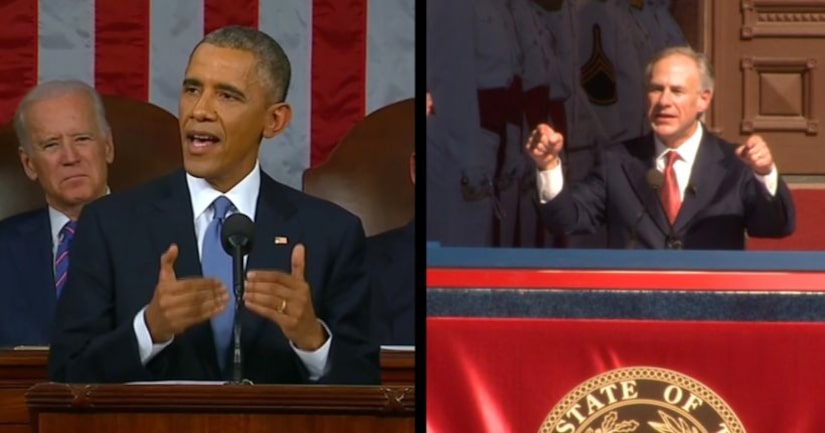 FORT WORTH, Texas -- (KXAN) -- A woman accused of mailing potentially deadly homemade bombs to then-President Barack Obama and Texas Gov. Greg Abbott in 2016 was arrested, in part, due to cat hair, a cigarette box and an almost-destroyed shipping label bearing her address.

Julia Poff, 46, mailed the devices in October 2016, along with a third package that she sent to the Social Security Administration, near Baltimore, according to an indictment. Of the three packages, only Abbott opened his. It did not detonate because “he did not open it as designed,” court documents said.

A grand jury indicted her this month on six counts, including mailing injurious articles and transporting explosives with the intent to kill and injure, according to documents filed this week in district court in Houston.

Federal investigators said the improvised explosive device sent to Abbott contained a cellphone, a cigarette packet and a salad dressing cap, according to a court document from a Nov. 17 detention hearing. It says a similar device was sent to Obama and that “the same” device was sent to the Social Security Administration.

The device sent to Abbott came in a package still bearing an “obliterated shipping label” addressed to Poff, the court document said. The cigarette box used in the device bore a Texas tobacco stamp that identifies the store where the cigarettes were bought. Poff's bank card records showed a purchase of cigarettes at that store. The two incendiary powders in the box matched materials found in Poff's home, federal court documents showed.

Investigators traced Poff to the package sent to Obama because of cat hair found under an address label, according to the detention hearing court document. An FBI crime lab compared the hair to some from two of Poff's cats and found it “microscopically consistent” with the hair of one of those animals, according to the court filing.

At the hearing, a federal agent testified that Poff was angry with Abbott because she did not receive support from her ex-husband when Abbott served as Texas Attorney General, before he was elected governor in 2014. According to court documents, Poff's application for social security benefits was denied.

The agent also testified that Poff said she just didn't like Obama.