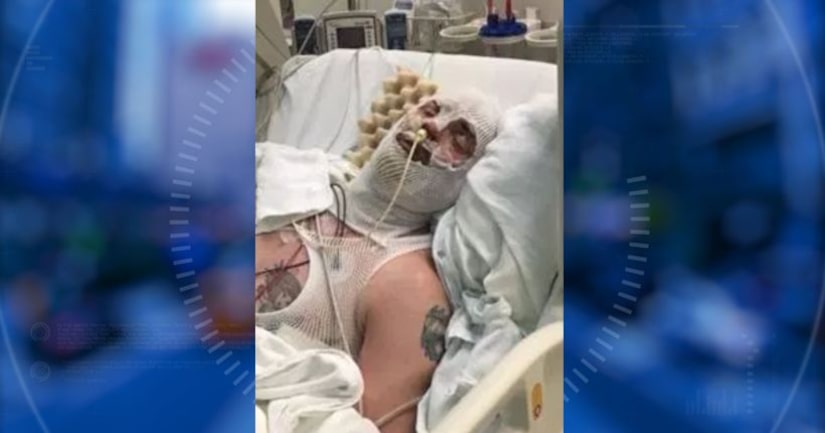 SEATTLE -- (KCPQ) -- Candace Neisinger spends each afternoon at the hospital with her oldest son.

"Essentially every inch of his head is burned,” said Neisinger.

Seattle police say on November 7, suspect Christopher Burrus threw a Big Gulp cup full of gasoline on Kasey Busch, 39, and then used a flare to light him on fire. He has burns over 30 percent of his body, including his back and arms.

“The pain that Kasey has to deal with is horrific,” said Neisinger. His family has set up a fund if you would like to donate to help with his recovery: https://www.gofundme.com/ysksw4

Kasey who has worked as a commercial diver doing boat inspections and underwater welding was returning with a friend from a recycling trip when he was attacked in the 4500 block of NW Leary Way in the Fremont neighborhood.

A witness says Burrus was retaliating for an argument Kasey had with Burrus's girlfriend.

"The why doesn't matter to me because there is not any reason in my mind that would justify someone doing this to another person,” said Neisinger.